Prague's Old Town was the unusual venue for a football tournament on Saturday afternoon, but then it was an unusual tournament - organised by the Football for Development project, the competitors included a youth team from the Kenyan capital of Nairobi and Tomas Ulfalusi, a star for the Czech national team.

The rhythms of African drummers and spectators' cheers transformed a public sports ground in Prague's Old Town on Saturday afternoon into a dusty street under the hot African sun. The Football for Development project brought together a team from the Kenyan capital of Nairobi, a team of homeless people living in Prague and even line-up from the Czech Foreign Ministry. Robin Ujfalusi of the Football for Development project, which organized the event, says they use football as a tool to inform Czechs about the problems of some of the poorest countries in the world.

"We basically try to attract people to come and see an interesting either sport or cultural event and to give some more information and opportunity to learn a bit more about another culture and the problems in Africa. Usually we invite the MYSA team, the organization from Nairobi which organizes cool things through football in the areas where most inhabitants live below poverty line."

The Football for Development works with the Czech Ministry of Foreign Affairs and some other official organizations including the Czech Football Association. Tomas Ujfalusi, a star defender with the Czech national team and the event's organizer's cousin, became the face of the project this year, appearing on posters for the event in African face paint. Ujfalusi, who plays for Italy's Fiorentina, got involved after visiting his cousin Robin in Nairobi and seeing the conditions under which children there play the world's favourite game.

"This is the second year I have been involved in this tournament, and I hope it will go on. I will be always happy to contribute is some ways, either with strips or other equipment, which is what these kids need most."

The MYSA team from Nairobi composed of children from some of the poorest areas of the Kenyan capital beat the Football for Development line-up 3:0, despite the presence of Tomas Ujfalusi. After Prague, the team will do a tour of Moravia and play in Rymarov, Bruntal and Olomouc. 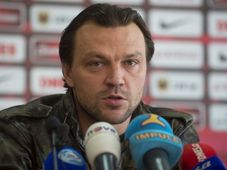 Football’s Ujfaluši hangs up his boots

Tomáš Ujfaluši, a member of Czech football’s ‘golden generation’ which featured the likes of players like Milan Baroš, Jan Koller and… 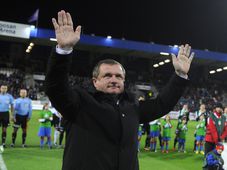 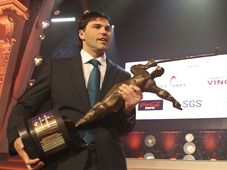