The historic town of Stará Boleslav, northeast of Prague, may soon become the Czech Republic’s “little Vatican”. The Catholic Church plans to turn the small town, an early Přemyslid stronghold built in the late 9th and 10th century and one of the country’s major pilgrimage sites, into a major cultural and religious centre. 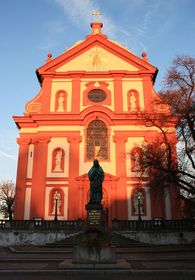 Church of the Assumption of Mary, photo: Barbora Kmentová The town of Stará Boleslav, which lies on the river Elbe some 25 kilometres northeast of Prague, owes its fame to the murder of the Přemyslid Prince Wenceslas by his own brother Boleslav, which is believed to have happened here in the 10th century. After his death, Wenceslas was proclaimed a saint and became the patron of the Czech nation.

Now, the Prague Archdiocese, along with the church in Stará Boleslav, have come up with a bold plan to revamp the neglected town and turn it into a modern cultural and spiritual destination, featuring restaurants, a brewery, a cultural centre and accommodation facilities for pilgrims and tourists.

The Church is currently holding talks with the municipality of Brandýs nad Labem, which is in charge of Stará Boleslav. The town’s deputy mayor, Hynek Homolka, says they welcome the plans and are ready to take part in the project: 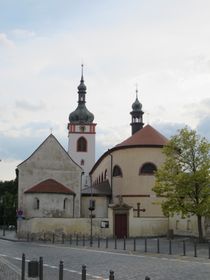 Basilica of St Wenceslas, photo: Miloš Turek “We have already started cooperation with the deanery in Stará Boleslav as well as with Archbishop Dominik Duka and we are ready to sign an agreement about our cooperation in the project. Stará Boleslav is the cradle of the Czech state and it is a unique place which will hopefully be attended by more visitors and will become a more popular destination.”

The project should see the reconstruction of the town’s two churches, which are both listed as part of the country’s national cultural heritage. The first one is the baroque Church of the Assumption of Mary which houses a valuable metal sculpture of the Madonna called the Palladium of the Czech Lands. The second one is a Roman basilica of St Wenceslas, the country’s oldest pilgrimage sites.

Along with the reconstruction of these monuments, the town plans to reconstruct a number of smaller sites. But first of all it has to deal with the heavy traffic that goes right through the centre of the town.

“Can you imagine that there are some 15,000 cars passing right next to the churches every single day? The traffic of course badly affects the churches’ stability. So our main goal is to preserve and protect the areas surrounding the churches from the heavy traffic.” 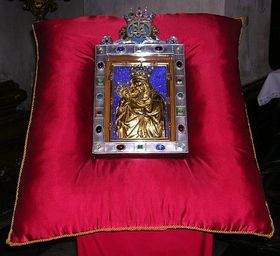 Palladium of the Czech Lands, photo: archive of Radio Prague The project, which is estimated to cost up to a billion crowns, should be covered mainly by European Union funds. Mr Homolka hopes the town could start with initial reconstruction as soon as the end of this year:

“The plan is to start reconstruction of the Church of the Assumption of Mary at the end of this year and continue with Saint Wenceslas church. The reconstruction of infrastructure, that means roads and also parking places for visitors, should follow in 2017.” 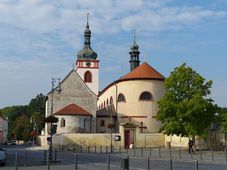 September 28 is the Feast Day of St. Wenceslas, the patron saint of Bohemia. The son of a duke, Wenceslas ruled the country from 922,… 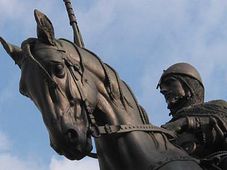 The life and times of St. Wenceslas

Hello and welcome to a special programme marking Czech Statehood day, which is also the feast day of St. Wenceslas. I am joined for…

Stará Boleslav - the town where St Wenceslas was slain

In this week's Spotlight we will travel to the small town of Stará Boleslav just northeast of Prague. According to legend, it was in…