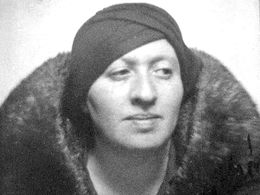 A humanitarian worker of Jewish origin, who shortly before the outbreak of World War II saved thousands of German and Czech Jews from Nazi persecution and the Holocaust. She initiated the rescue of more than six hundred Jewish children transported from Central Europe to Great Britain, who later became known as Winton's Children.