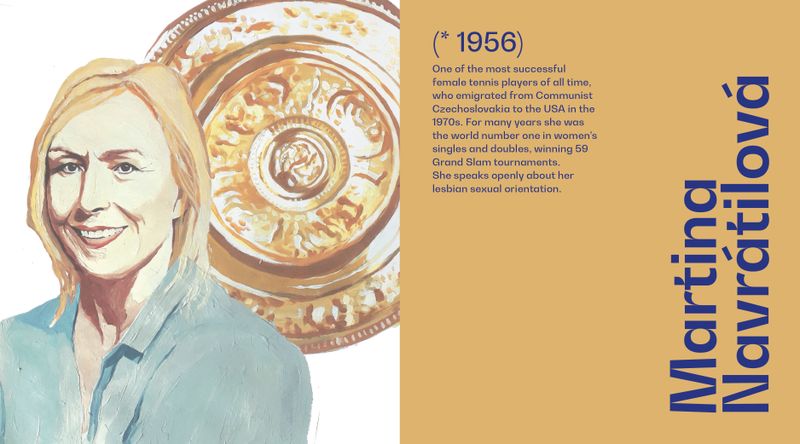 One of the most successful female tennis players of all time, who emigrated from Communist Czechoslovakia to the USA in the 1970s. For many years she was the world number one in women's singles and doubles, winning 59 Grand Slam tournaments. She speaks openly about her lesbian sexual orientation.