Medicinal marihuana still unaffordable for most of those who need it

More than two years after a law legalizing medical marihuana came into force and eight months after it first appeared on the market it remains out of reach for the majority of patients who need it. Finding a doctor authorized to prescribe it and a pharmacy that stocks it is not easy, but the biggest hurdle on the road to obtaining it is its exorbitant price. 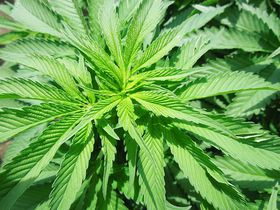 Photo: mawen-masaze.cz (Masáže Mawen) Medical marihuana was legalized in April of 2013 following years of lobbying by associations of patients with diseases such as multiple sclerosis, Parkinson’s disease and chronic joint pain sufferers whose members were forced to break the law in order to ease their pain. However, bringing the legislation into practice has not proved as easy as expected. Although the law was already in place there was no supplier on the home market and the authorities had to call a public tender to select one. This happened in December of last year, but the company is not yet ready to begin deliveries. So for the time being medical marihuana is being imported from the Netherlands and is only sold in a few select pharmacies on an electronic prescription –at 300 crowns per gram. Since medical marihuana is not covered by health insurance this is a major hurdle for the vast majority of patients who simply cannot afford it. According to experts a patient with multiple sclerosis would need to pay 18 thousand crowns for a monthly dose.

Seventeen specialists around the country are so far authorized to prescribe medical marihuana. They have so far issued 21 electronic prescriptions for 221 grams of medical marihuana altogether – a much smaller amount than originally expected. Dr. Tomáš Zábranský, a leading drugs specialist who spearheaded the drive for the legalization of medical marihuana says it is not surprising that demand for it has not been higher.

“The diseases which would benefit from the use of medical marihuana are debilitating diseases, meaning that those who really need it are people on an invalid pension. So given the fact that medical marihuana is beyond their economic means it is small wonder we don’t see it applied as much as expected.” 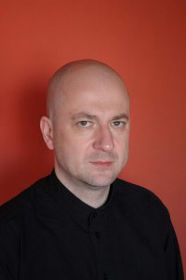 Tomáš Zábranský, photo: archive of General University Hospital in Prague In addition to the price, there are other teething problems –not all doctors who would be authorised to prescribe it have registered to do so, either because they lack experience with medical marihuana or because there is no pharmacy in the vicinity that has it on stock. Moreover due to its high price pharmacies are cautious about stocking it for fear they might not be able to sell it.

However this may soon change for the better. The company which has been granted the right to grow medical marihuana for the Czech market says it could be ready to start deliveries at the end of this year. This would bring the price of medical marihuana down to 75 crowns per gram and make it far more affordable to those who need it. As a result, pressure from patients could result in more specialists registering to prescribe it and more pharmacies ready to put it on stock.