A memorial was held in Prague on Thursday for the legendary inter-war footballer Josef Bican, recognised as one of the greatest goal-scorers in the history of world soccer. Bican was born in Vienna and actually played for Austria before moving to Prague and representing Czechoslovakia. 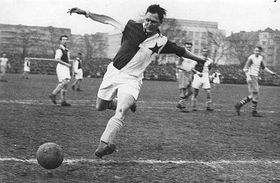 Josef Bican, photo: archive of Slavia Praha A memorial ceremony was held on Thursday by the grave of Josef Bican at Prague’s Vyšehrad cemetery, last resting place of many of the most important figures in Czech history. Bican was born to poor Czech parents in Vienna 95 years ago, on September 25, 1913. He played for an early 1930s Austrian side known as the “wunderteam”, one of the best in world soccer at the time, before moving to Prague in 1937. His widow Jarmila Bicanová spoke at the memorial:

“He was always a bit Viennese in his nature – he couldn’t defend himself too well, and I often had to defend him. He was too tactful, and also wouldn’t grovel to anybody. But his pride and his character were incredible.”

After taking out Czechoslovak citizenship, Josef Bican scored a remarkable 18 times in 16 games for Czechoslovakia. Known to many by the diminutive Pepi, Bican also scored over 500 top flight league goals, making him one of the highest scoring players ever in world football. Many of those strikes were in the service of Slavia Prague, a club with which he is forever associated.

Franta Veselý is a Slavia old boy himself, albeit of a later generation. He remembers watching the great Bican in action:

“He’s definitely one of the greatest players ever to wear our red-and-white strip. He was an unusual person – he was very intelligent, and never used bad language even when he was fouled. That’s another reason I regard him as a great player.” 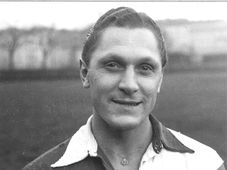 The legendary footballer Josef “Pepi” Bican, was inducted in the Czech Football Association’s Hall of Fame on Wednesday, on the 100th anniversary… 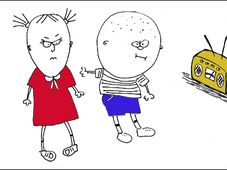 In Mailbox today: RP reception in the Rocky Mountains, the history of St Vitus Cathedral in Prague, the first president of the Czech… 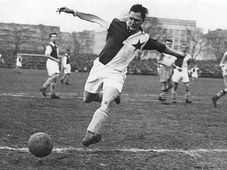