Stars from the Metropolitan Opera will open the ninth annual Dvořák Prague international music festival, which gets underway at Prague’s Rudolfinum on Thursday night. Over the next two weeks, the event will showcase performances by renowned soloists and some of the world’s best orchestras. 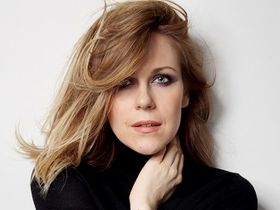 Kristine Opolais, photo: official webpage of Dvořák Prague music festival I spoke to the festival’s artistic director Marek Vrabec and I first asked him to tell me more about the opening concert:

“It’s a big deal to open Dvořák Prague with the beautiful Stabat Mater by Antonín Dvořák. And it is especially significant for us because we are lucky to have real star singers, such as soprano Kristine Opolais, German bass René Pape, as well as Jana Kurucová and Richard Samek. So I think this artistic team will be a great opening of the Dvořák Prague Festival.”

And those who cannot get to the concert hall can actually watch it live on a screen on Wenceslas Square.

That’s right. And not only on Wenceslas Square. It will also be broadcast on Czech Television and there will be a live streaming on the cultural channel called Arte.”

A dominant feature of this year’s Dvořák Prague is the so-called Dvořák collection. Can you tell me more about it? 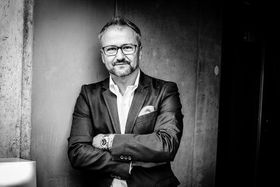 “This year and next year we will be featuring all oratorios and cantatas, including Stabat Mater, Requiem and Te Deum, continuing next year with Saint Ludmila and others. We will also perform rarely heard pieces, such as Heroes’ Songs or the American Flag cantata.”

What are some of the other highlights of this years’ event?

“For the first time we are also having Maestro Tomáš Netopil, who is bringing his orchestra, Essener Philharmoniker. 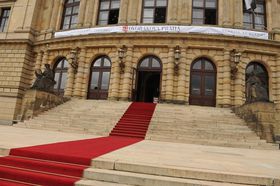 And we should also mention the London Philharmonic Orchestra…

“Absolutely. We are very proud to have another British orchestra at the Dvořák Prague. We were lucky enough to have last year the London Symphony Orchestra and the year before the London Philharmonia Orchestra with Christoph von Dohnányi.

“This year we are very proud to introduce to Czech audiences the London Philharmonic orchestra with Maestro Vladimir Jurowski.”