Final preparations are underway for the One World human rights documentary film festival, which starts in Prague on Monday. This year’s edition, the 19th, will turn the spotlight on the lives of migrants who have settled in Europe – and deliver all kinds of captivating stories from around the globe. Ahead of the opening, festival director Hana Kulhánková filled me in on this year’s curtain-raising film. 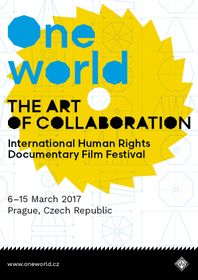 “The opening film of this year’s One World is The Good Postman. It’s a very simple story which takes place in Bulgaria, on the border with Turkey.

“A local postman decides to run for mayor of the village and his idea is that he would like to get the Syrian refugees who are going through the village to stay there.

“The village is dying out, there are only old people living there, and he would like to stay there but to bring the village back to life.

“So he would like to run for mayor, but he has very big competitors who are, of course, against his ideas.”

In recent years at One World you’ve had quite a few films about the migrant crisis. Is that again the case this year?

“Yes. It wasn’t surprising to us, actually, during the pre-selection of films that there were lots of films dealing with migration.

“So we decided that we would like to bring it as a thematic topic as well.

“But this year we are focusing more on how the migrants integrate in Europe and how they live and what kind of problems they could have – as well as what kind of ‘borders’ we as Europeans are giving them.”

If there are one or two films that people absolutely shouldn’t miss at One World, what would you recommend? 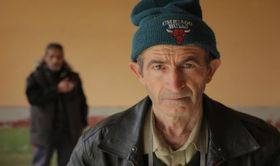 'The Good Postman', photo: One World “I would recommend a Chinese film called A Filmless Festival. It’s an incredible film about the last independent film festival, which took place in Beijing in 2014 and how censorship closed it down.

“It shows the spirit of the organisers, their courage when they were trying to negotiate with the police and with officials, and the constant pressure that they are under.”

You always have interesting international guests. Who can people look forward to seeing at this year’s festival?

“I’m really looking forward to meeting the main protagonist of the best love story that we have in the programme.

“The film is called The Pearl of Africa and it shows the beautiful relationship of a trans woman and her husband, from Uganda.

“They escaped from Uganda because it’s very difficult for gay and trans people to live there. It really shows their love, their understanding and the happiness that they have.

“We are bringing to One World the main protagonist, the leader of the Papua New Guinea activists.

“He’s in hiding a lot of the time, so it’s very rare that he is able to travel out of the country and visit us in Prague. 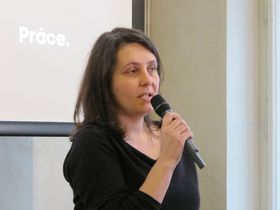 Hana Kulhánková, photo: Kristýna Maková “It shows how difficult it is for people in Papua New Guinea to fight big companies that are planning to construct resorts for tourists at places that belong to people who have been living there for centuries.”

After so many years of working of the festival and being the head of the festival, do you still look forward to it as much now as you used to in the past?

“Of course. I’m super ready for the festival – I would like if it started tomorrow!

“I’m leaving One World and handing it over to my colleague Ondřej Kamenický, who will be the next festival director for the 20th One World.”