The celebrated Czech-born writer Milan Kundera received Czech citizenship forty years after it was revoked by the communist regime. The author of The Unbearable Lightness of Being was stripped of his citizenship after going into exile in France and his works were banned in his homeland until the 1980s. 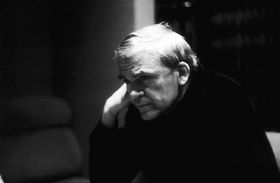 Milan Kundera, photo: Elisa Cabot, CC BY-SA 2.0 Generic Milan Kundera, who turned 90 this year, has been a French citizen since 1981. Now, four decades after the communist authorities stripped him of his Czechoslovak citizenship, it has once again been renewed.

The exiled writer received the certificate of Czech citizenship at his Paris apartment last Thursday, in the presence of his wife Věra, from the hands of the Czech Ambassador to France, Petr Drulák:

“Indeed, I had the honour of giving the certificate of citizenship to Mr Kundera and it was very moving for me. Actually, it was a very emotional moment for all of us, because after 40 years Milan Kundera is a Czech citizen again. So for all of us, it was a great experience.”

Milan Kundera’s relationship to his home country has always been rather complicated, especially when he was accused in 2008 of collaborating with the Communist-era secret police. Despite that, he has always maintained close ties with his homeland, says Mr Drulák:

“As you know, the relationship has always been complicated. There have been many attacks against Milan Kundera coming from certain circles of Czech society.

“However, he held onto his convictions and identity, a profound Czech, I would say. He is really someone who is very linked to this country and he is very interested in what is going on in the country. But what is most important is his feeling of being Czech.” 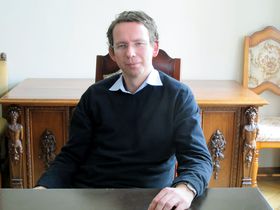 Petr Drulák, photo: Magdalena Hrozínková Mr Drulák says the renewal of Czech citizenship for Milan Kundera is first and foremost a symbolic gesture. But although it has no practical implications, he says it means a lot to the writer, who spent a large part of his life in exile.

“We didn’t talk too much about the implications, because, as you know, in his novels, he always criticizes any kind of kitsch or pomposity. So we didn’t go into that. It was a very civil and very friendly meeting without any pathos.”

In the early 1990s, Mr Kundera began writing in French and has since refused to allow his books to be translated into Czech by anybody but him.

The fact that he agreed to renew his Czech citizenship has raised hopes among his fans in the Czech Republic that he might break his vow and let his novels be translated into his native language.

“I ask myself the same question. I ask it myself and I asked him as well. I hope that he will reconsider his position and that Czech readers will have the opportunity to discover Milan Kundera’s entire works in Czech. But that’s my hope, I cannot give any guarantees for it.”

Milan Kundera is a ‘moral relativist’ with much to hide, says Czech author of controversial new biography