Even before the police have concluded an investigation into the Stork’s Nest Affair, in which the prime minister is suspected of EU subsidy fraud, another member of his cabinet has been hit by scandal. The minister for regional development, Klára Dostálová, from the prime minister’s ANO party, appears to be a key suspect in a police investigation into the state agency CzechTourism. 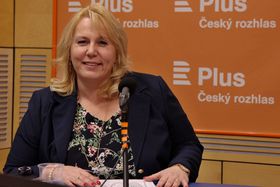 Klára Dostálová, photo: Jana Přinosilová / Czech Radio The news of serious financial irregularities at the state agency CzechTourism broke at the end of November when minister Dostálová confirmed an early morning search of her home in which the police confiscated her computer and other work-related materials. At the same time the police raided the Ministry of Regional Development, CzechTourism and other venues linked to the case.

It has now emerged that Ms. Dostálová is suspected of handing out contracts without following due procedure in 2016 when she served as deputy regional development minister.

The police are reported to be looking into suspect contracts to the tune of 38 million crowns in which Ms. Dostálová is said to have cooperated with the director of the department for regional partnership at CzechTourism, Aleš Pangrác. Mr. Pangrác has now been recalled from his post and has refused to comment on the case. According to Czech public television, the police described the case as “sophisticated subsidy fraud”.

Minister Dostálová herself denies any wrongdoing.

“As far as I am concerned, I am absolutely certain that I did nothing wrong.”

The opposition Civic Democratic Party and TOP 09 are calling for the minister’s resignation. The head of the Civic Democrats Petr Fiala said that what was formerly inconceivable in Czech politics had become a sad reality. 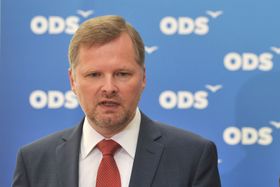 Petr Fiala, photo: Martin Svozílek / Czech Radio “The information we have suggests that minister Dostálová is a key suspect in a criminal investigation. We know that the police searched her home. In the past ministers resigned for far less serious reasons. Moreover, we now have a minister who is suspected of corruption publicly defending the prime minister who is suspected of having a conflict of interest by the European Commission. We consider this situation untenable and are calling on parties and the media to sit up and take notice.”

Prime Minister Andrej Babiš said on Thursday that minister Dostálová had explained her role in the case under investigation and he considered her explanation perfectly adequate. He said he saw no reason for her to resign or be dismissed from office.