Double standards in food products, sold by multinational companies across the EU, have long been a sticking point not only for the Czech Republic but also other countries in the Visegrad 4. Over the years, studies found that products sold by multinationals under identical brand names differed considerably, which Czechs and others say is unethical. Now, the ground has begun to shift. Illustrative photo: afagen via Foter.com / CC BY-NC-SA Poland, the Czech Republic, Slovakia and Hungary – all in the Visegrad 4 – have criticized a number of global food companies, charging it was unethical for products sold under the same brand names to be inferior in quality in some countries. A recent study of products in five countries including the Czech Republic for example found that the same brand fish sticks sold in the Czech Republic were inferior to items sold under the same name in Austria and Germany. Other studies, including one by Bulgaria earlier this year, have yielded similar results.

Consumer groups have cried foul but until now there was little progress, for example, seeking legislative changes which would force companies to list all ingredients, making clear the differences. There are signs this could change. For one, EU Commissioner Věra Jourová, whose portfolio covers consumer protection, is looking into the matter and preparing to hold talks with both sellers and producers.

Czech Agriculture Minister Marian Jurečka following a meeting with his European peers on Monday made clear a corner was being turned, saying that prominent EU member states previously reluctant to join the debate are now on board. Speaking to Czech Radio, the minister struck an optimistic tone, stressing that while the road ahead was a long one, success could be achieved. Here’s what he said: 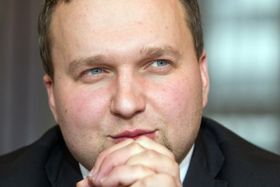 Marian Jurečka, photo: Filip Jandourek “For us it is important to continue in activities we have been pursuing for more than two years, so that this problem can be solved. We want not only Czech but also other consumers in the EU to have the same right to the same product quality…

“I believe that we can get the European Commission to start preparing the necessary legislation. Once that begins, we are talking about a process that could take three or four years.”

Meanwhile, Jan Pivoňka, who headed the recent study of food products which found differences under the same brand name label, pointed out the problem was not that some products being sold were inferior, but that they should not be packaged and sold under the same brand with different contents elsewhere. The study tested 21 items with the same labels – and found differences in the majority and only three products the same across borders. The vast majority of Czech consumers, some 97 percent, want tougher quality parameters on foodstuffs sold in the country, according…