The Interior Ministry has confirmed it aims to hire an additional 1,000 police to its roughly 39,000-strong force next year. According to the ministry, many would serve in districts in the country hit by high unemployment, growing crime and extremism and ethnic unrest. Officers are to receive special training to operate in sometimes difficult conditions, gaining knowledge of the local environment. In addition, the government aims to boost the number of crime-prevention assistants operating in areas, a programme which has already seen a good measure of success. 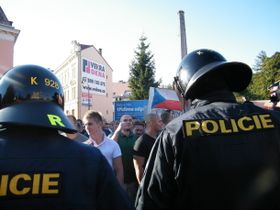 Photo: Gabriela Hauptvogelová Jan Velinger spoke to Kumar Vishwanathan of the Ostrava-based NGO Life Together working closely with the local Roma community. He asked him how he viewed the decision.

“I think that the move can contribute to a feeling of security in Roma neighbourhoods. If it is done properly, if we have more police personnel on the ground who will be doing something like community policing – with good contacts – I think it will be a positive step. It would also be good if there were more Roma themselves who would be part of the policing and I believe that the government aims to also boost the number of assistants who could also help calm the situation in some communities.”

Speaking of the assistants helping in the prevention of crime, I read there are three in Ostrava where you are based, that isn’t a high number, is it? 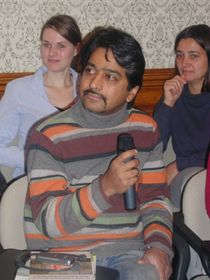 Kumar Vishwanathan, photo: archive of Radio Prague “Well we have around 300,000 people and it is estimated that about 30,000 are Roma. I think we could use more assistants from the Roma community. Off the top of my head it is difficult to say a concrete number that would be ‘sufficient’ be certainly it could be quite a bit higher, in the dozens.

“There are a lot of capable Roma who are willing to act as bridge-builders and they should be encouraged through jobs. I think they would appreciate it, as would the community, and policing in the area as a whole stands to benefit.”

In Ostrava did the situation improve from years ago?

“Ostrava is a city where there is a relatively – relatively– strong link between the Roma community and the police and I think there is a foundation to build upon. When the Roma were threatened by extremist demonstrations and Neo-Nazis there were meetings organised which included the police so that everything was as transparent as possible. Roma from all walks of life and policeman so that both sides knew what was being prepared, what was going on, what kind of threat they faced. And I think that is the way to move forward. 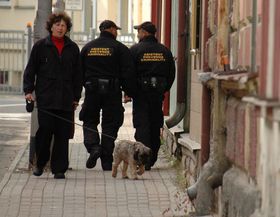 Photo: archive of Radio Prague “The worst is when things fall into hysteria, when extremists are coming and locals begin texting each other and this creates a panic. So there has to be available information. I think we have seen success: there was no panic like that this year thanks to this side of cooperation. I think we have established mechanisms now leading to an information ‘hub’ and in that sense I think it has worked and that is the way to continue.” 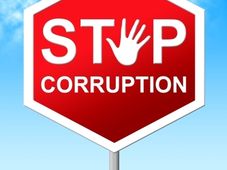 Funding for NGOs cut despite government’s declared fight against corruption

The Czech Ministry of the Interior has reduced by over one-quarter its funding for non-governmental organisations focused on preventing corruption.…