Incoming European Commission President Ursula von der Leyen's new team of commissioners was confirmed in office by a vote of the European Parliament on Wednesday. The EC’s first female president promised a transformation that would touch “every part of the EU’s society and economy”, with the fight against climate change at the top of her list. 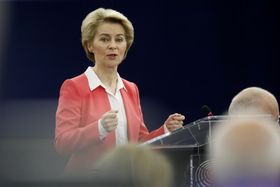 “Thirty years ago, the historic two-hour general strike in the middle of the Velvet Revolution saw people from Prague to Bratislava take part in a beautiful, peaceful wave of freedom.”

Indicating the start of a new era for the EU the new European Commission president outlined her priorities, quoting the former Czech president Václav Havel when she said the EC would push for the said changes “because it will be the right thing to do, not because it will be easy".

461 lawmakers voted in support of the new commission, 157 against and 89 abstained. “The accent on supporting European industry and enterprise, helping small and medium-sized businesses, support for research and innovation those are all things that we are striving for.”

However the German lawmaker’s determination to address climate change as an “existential” problem for Europe and to make the EU “the world’s first climate-neutral continent” by 2050 sparked less enthusiasm among some MEPs from the Czech Republic. MEP Jan Zahradil who was elected for the centre-right Civic Democrats, criticized von der Leyen’s goals in the fields of energy and environmental protection.

“The commitments she wants EU members to make are simply unrealistic, they will damage the economies of EU member states; they will most certainly hurt the Czech economy.” 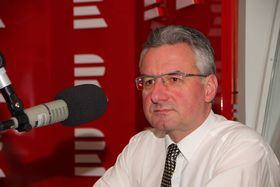 Jan Zahradil, photo: Prokop Havel / Czech Radio The Czech government which insists on the right to decide independently about the country’s energy mix has accented nuclear power as an important future component and has set up a commission to propose a realistic plan for the phasing-out of fossil fuels. The prime minister has repeatedly stressed that the Czech Republic must remain self-sufficient in meeting the country’s energy needs.

As regards von der Leyen’s call for a common asylum policy, that too is likely to meet with opposition from Prague. The Czech prime minister has already made it clear that the Czech Republic will reject the latest German proposal for a voluntary redistribution of migrants in Europe, stressing that Prague would maintain its present policy line in supporting migrants financially and otherwise in their home countries.