More than 60 percent of Czechs believe the decision to join the European Union nearly 15 years ago was beneficial to their country, an exclusive poll commissioned by Czech Radio shows. Benefits such as the ability to work abroad and visa free travel were seen as especially positive by over a thousand Czechs over the age of 18, who were surveyed by the polling agency MEDIAN. 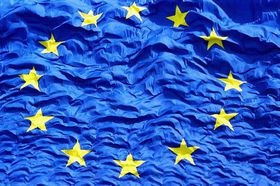 Photo: European Commission When googling the most Eurosceptic countries, it is quite possible you may come across a list citing the Czech Republic. The central European state that will celebrate its 15th anniversary of EU membership next week tends to place quite low on EU opinion surveys, a phenomenon not just present during the migration crisis.

For example, the results of a Standard Eurobarometer poll, published by the European Commission in spring 2018, showed that 30 percent of Czech respondents said the EU conjured up a negative image in their minds.

That number was 9 percent higher than the EU28 average and nearly as high as the number of Czech respondents who said their perception was positive. Most saw themselves as ‘neutral’.

However, despite their scepticism regarding the EU, nearly two thirds of Czechs do believe that the decision to join the European Union in 2004 was beneficial.

At least according to an exclusive poll conducted by the polling agency MEDIAN on behalf of Czech Radio, which collected data from 1046 respondents over the age of 18 in a period between April 15-16.

“The point our respondents found most positive was the ability to work abroad, which revolved around the existence of the free market. The second most popular benefit was visa-free travel without border checks.”

Access to EU funding was another popular benefit, supported by 70 percent of respondents.

Furthermore, the survey shed light on where the cleavages within Czech society lie when it comes to their opinion on the EU.

A particularly regular pattern can be seen among the centre-right demographic, says Ms. Vančurová.

"It is mainly voters of centre-right opposition parties that see the EU in the most positive light. That means voters of the Civic Democrats, Christian Democrats, TOP 09 and the Party of Mayors and Independents. 84 percent of their voters believe EU membership is beneficial to the Czech Republic."

The poll also showed that 70 percent of supporters of the rulling ANO party believe that being a member of the European Union helps their country.

Age and education also play a role in the statistics. The MEDIAN poll showed that EU supporters can be found mainly among the young and higher-educated segments of society, with the number declining among older age groups.