More than half Prague Segway rental sites have shut down since the Czech capital introduced a ban on the two-wheeled vehicles in most of the city centre. Czech Radio reported that so far this month, police stopped some 18 users, leading to symbolic fines of 100 crowns being handed out. They, however, can run as high as 2,000 crowns (around 74 euros). 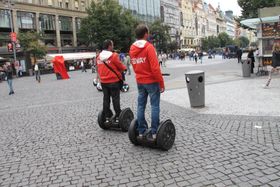 Photo: Kristýna Maková The city of Prague was slow to take action against Segway riders after the ban passed in July of this year. But now that some 600 traffic signs have been put into place, police have begun stopping those using the vehicles in the city’s historic centre. Segways, popular among tourists in the capital this time last year, as a result have almost completely disappeared, banned from both sidewalks and roads at some of the city’s most popular destinations: the Old Town, Malá strana, Letná Park or Prague Castle. For the police it’s a matter of primarily getting Segways out of areas where they are not allowed that than about the fines themselves, according to one official.

The ban has already put a number of rental companies out of business and left other operators struggling and looking for alternatives. I spoke to Zuzana Eliášová, the spokeswoman for the Czech Association of Segway Operators, who told me that adopting such strict measures had had a negative effect for businesses but also tourists.

“If you look at TripAdvisor you see that Prague offers almost 500 activities and Segway tours are among the most popular, right at the top.”

Czech Radio reported that around half of the rental venues have already closed their doors. So are you still planning on putting up a fight or is it already over?

“Our company, for example, did not want to close right away. We want to wait for a decision by the Transport Ministry and we have also taken steps with our lawyer. At the moment we hope clients will be patient and we are trying to offer alternatives. The hope is that we could offer Segway tours again in the Spring. The restrictions are really strict by City Hall and it was not needed. Nobody understands it, not our clients, not us.” 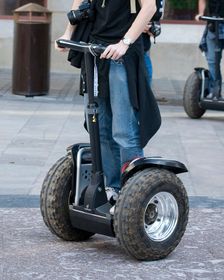 Photo: DraXus, CC BY 2.0 The argument that the ban goes further then was necessary is one long-held by operators who say that a compromise on partial regulation could have been found – namely an agreement on several interconnected routes on which Segways would be have been allowed to continue to thread their way through the historic centre. The idea, for numerous reasons, failed to get traction and it is hard to imagine the situation changing any time soon.

Certainly there are many who have no regrets that Segway riders have had their wings clipped. When Radio Prague reported on the ban before, a number of users on facebook responded by calling the vehicles a danger to pedestrians; others expressed annoyance over busy sidewalks, while some wrote that at one time or another they had been struck by riders. At the same time, the vehicles also have their defenders, who argue they can be used responsibly. Those involved in the rental business, above all, charge that firms should not have been punished for having invested in Segways when no ban was in place. 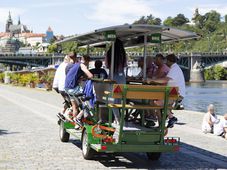 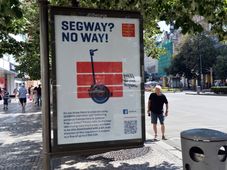 Pavel Fuksa is a highly respected graphic designer and creative director who this week, together with City Hall, unveiled new posters… 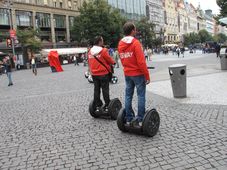 Councillors at Prague City Hall unanimously agreed to ban the use of Segway vehicles in the city’s historic centre. The move comes…