My address? The town hall.

Some houses have a very mixed bunch of inhabitants - but none more so than Czech town halls. Many of them are home to a vast number of people who want to stay invisible.

Town hall in Ostrava Like in most European countries, Czech citizens are required to have a permanent or at least temporary address in their ID papers. Those who are on the move or homeless are supposed to register at the town hall of whatever town or city they happen to be in. You'd think people would consider this a bit of a drag, the daunting red tape of a state trying to keep tabs on its citizens. But Czechs wouldn't be Czechs if they didn't find a way to turn rules and regulations to their advantage.

People quickly figured out that if your "home address" was the town hall of a big city you would remain virtually unreachable, for the police, for the courts, your creditors or your ex-wife, depending on who you particularly want to avoid. Although the big town halls have not actually had to move to larger quarters, the number of their inhabitants has ballooned in recent years. The town hall in Ostrava is currently "home" to 3,000 people, that of Olomouc "houses" 619 citizens, and the town hall in Zlin is "home" to 922 people of all ages. If they were to have a house party -it would be a very unusual mix - homeless people, divorcees, drug addicts and businessmen and women. If you knew where to search for them you'd find them in very different environments - on a park bench, in a luxury villa, living with their parents or squatting. Not all of them are destitute and many register at the town hall so as to avoid being served a court order, paying alimony, or a visit by the bailiff. Their post is sent to the town hall, but few of them pick it up. Each town hall has its own house rule about how long unwanted deliveries are stored. In some cases it is up to a year, some send it back to the post office within a fortnight. But the funniest aspect of this problem was brought to my attention by an employee of the Karlovy Vary town hall. When a baby is born to a mother who is registered here, the baby automatically gets this address as well, he told me. Well, town halls can count themselves lucky the birth rate in the Czech Republic is so low - otherwise they'd soon be seriously overpopulated. So will anything be done about it? Funnily enough town hall officials say that although it is an unusual situation they are not overly concerned since the "inhabitants" are not actually there in person. It's the post office which has the most problems - but not enough to make a big fuss about it - so for the time being these big city halls will most likely remain a good hiding place for anyone who needs to hide. 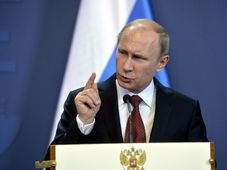 A new centre designed to promote civic engagement in post-Soviet countries has formally begun operating in Prague. Backed, among others,… 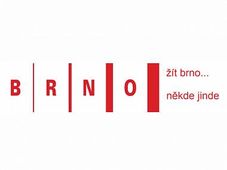 The Moravian capital Brno has seen a striking growth in civic activism in recent years, with a group of young people making effective… Friday is the big day for the group of youngsters selected to present their issue-oriented projects to the Czech Senate. This is the…