After three years, the renovation of Prague’s National Theatre is complete. The project, which cost 135 million crowns, saw the complete restoration of the theatre’s façade, which in places had fallen into disrepair. Not only has the theatre been restored, many of its magnificent interiors are also now viewable in a special tour online. 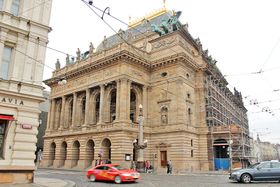 “We replaced all the tiles on the balconies; all of the sandstone surfaces were cleaned and then touched up; the doors and windows were restored and refitted. The [doors] saw some of the most delicate work, for example. They were re-varnished in a piano black finish.” 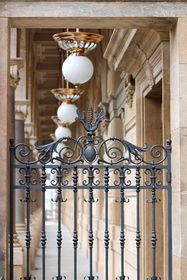 Photo: Oleg Fetisov A jewel on the banks of the Vltava, Prague’s National Theatre now also offers a 3-D virtual tour of its most stately rooms on its website, at no charge. Viewable rooms include the theatre’s famous entrance hall, auditorium, stage, staircases, foyers and more - part of a project that also includes other world famous venues such as Paris’ Opera Garnier and New York’s Carnegie Hall. The National Theatre’s spokesman, Tomáš Staněk:

“The aim is to allow viewers abroad the chance to see the beauty of the National Theatre and that’s not all. We have also gone into the archives and published material online which has not been shown online before, such as [historic] costume designs by Karel Čapek.”

Prague’s most famous theatre is obviously best seen up close, ideally combined with a performance. Those who can’t can at least visit online. 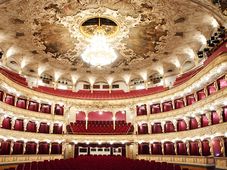 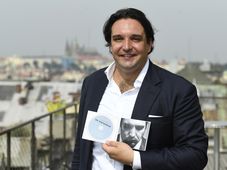