Diplomats, military officers and experts gathered at the Ministry of Foreign Affairs on Monday to discuss energy security and future challenges facing the North Atlantic Treaty Alliance. While discussing what the alliance may be up against 70 years from now, some argued that the impacts of climate change are likely to be the main threat. 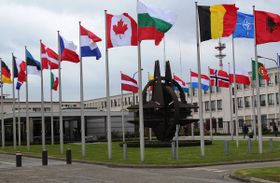 Photo: Utenriksdept via Foter.com / CC BY-ND Experts agreed that forecasting anything as far in the future as 70 years is prone to be inaccurate, with some panellists joking that whatever mistakes they may make, they will not be around to see.

But some of the threats looming ahead appear to be unavoidable and need to be addressed. Among those issues stressed were the inherent challenges resulting from increased global interconnectedness and the importance of strategic communications in securing domestic support for the alliance from audiences often bombarded by disinformation campaigns.

Others highlighted the impact that strategic decisions, such as how to deal with the rise of China, will have on the future of the alliance.

However, when it comes to long-term prognoses, one of the most interesting insights was brought up by Elisabeth Braw, the Director of the Modern Deterrence programme at the Royal United Services Institute in London.

She says that rather than conventionally understood threats to NATO coming from state actors or even shifts in domestic politics, the onset of climate change may become the alliance’s main security concern in the future. 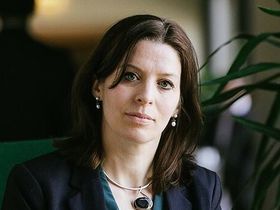 Elisabeth Braw, photo: archive of Elisabeth Braw “China may be as challenging as it is now, but the climate will definitely change and lead to conflicts that we will have to address. Food production will go down, there will be conflicts over water and that is something that may seem very futuristic today, but we are already seeing the effects of climate change even if it is not very challenging yet.

“You can imagine for a defence alliance when those issues become overwhelming not just for our countries, but for other countries as well, it will lead to large migration streams and so forth. This is something that is unlikely to happen next year or in ten years’ time, but in 70 years it is very likely.”

But how do you address an enemy as unconventional as climate change?

Mrs. Braw says some answers can be found in using parallels to hybrid threats.

These are challenging today because of their multi-faceted and often indirect attacks, whether it is internet crashes, power outages or the destabilisation of civil society.

However, she believes they can be lessened partly through preparing civil society for such events arguing that it does not really matter what the security challenge is, because the effect is the same - disruption of daily life.

“So at the level of societal resilience it does not really matter what the challenge or threat is. What we need to do is the same, we need to work together so that our society keeps functioning even when there is a very severe stress on it.” 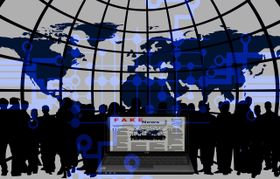 Photo: Pixabay CC0 Improving civilian preparedness for hybrid threats may seem like a sensible strategy, but is there sufficient public consent for such initiatives?

Elisabeth Braw believes there could be. She pointed to a recent survey made in Sweden, which showed that while only 55 percent of those asked would fight for their country, 84 percent answered that they would be willing to participate in a non-combat role with no threat to their life.