In the run-up to the 66th anniversary of the end of WWII Czech public television featured a documentary throwing more light on events that have received little publicity in the past – the atrocities committed on German civilians in post-war Czechoslovakia. The subject has been avoided for years, but film director David Vondráček says Czechs need to hear about what happened and face up to events they may not be proud of. 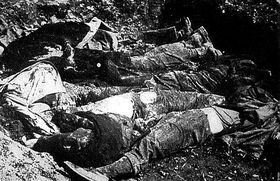 The title of David Vondráček’s latest documentary “Where have all the dead gone?” is a play on Marlene Dietrich’s famous song “Where have all the flowers gone?” and is in reality a search for unmarked, mass graves of murdered German civilians. The film’s author spent many hours talking to locals who still remember and who were willing to share memories they had hidden away in their minds for years.

“My mother told me that there was a mass grave hereabouts and I remember by father telling me that on All Souls Day some of the local women would come here and ask to be allowed to pray at the grave of their departed men.” 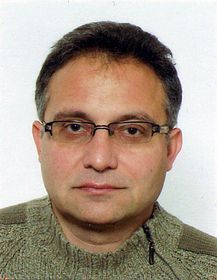 David Vondráček The documentary presents evidence of mass graves near the town of Teplice, near Suchdol and in the vicinity of Ostrava where German civilians were interned, brutally tortured and eventually killed or even made to kill one another. Over 230 of them are believed to be buried in an unmarked mass grave in what is now the Milada Horáková orchard. Film director David Vondráček, who previously covered the massacre of 40 ethnic Germans in Prague in a film called “Killing Czech-style” says he wants to make people think about how evil breeds more evil and that history is never black-and-white.

“Most people have what I call an “ideological religion” a set view of how things were, who was right and who was wrong –in short a black and white vision of history. An emotionally charged film such as this is bound to stir up controversy but I am getting hundreds of e-mails and letters from people who want to know more, who realize that the post-war situation in Central Europe was not clear-cut.” 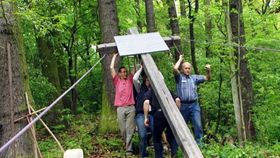 Photo: Czech Television Petr Zemánek and Zdeněk Černý, two young people who are in the film, last year commissioned and paid for a wooden cross which they erected on the site of an unmarked mass grave near the town of Postoloprty. It is their way of coming to terms with the past. David Vondráček says there are hundreds more like them –and as time passes emotions will no longer get in the way of a rational understanding of the events of WWII.