T-Club is the name of one of the two gay clubs that operated in the Czech capital under Communism. The place, frequented by the LGBT community, was immortalized in a series of pictures taken by photographer Libuše Jarcovjáková. They are now on display within the Prague Pride festival, which got underway on Monday. The exhibition launched on Monday at the Langhans Café in Prague documents two years in the life of T-club, one of the two official or semi-official gay clubs in the city that opened already in the 1960s. Photographer Libuše Jarcovjáková first visited the place in 1982, but it was some time before she was accepted and allowed to take pictures there: 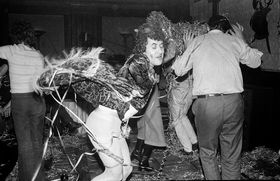 T-Club, photo: Libuše Jarcovjáková “I fell in love with the space during the very first visit. It was so colourful and beautiful and vivid. I just loved the place. It was in the heart of Prague, next to Wenceslas Square, in a small street leading to the Jungmann Square.

“The club was in a basement and there were always people waiting on the steps hoping to get inside, because the place was not open to everyone. There were security guards at the entrance checking visitors. We, the regulars, didn’t need to queue, we came in directly. But it took a long time before I was considered a regular.”

Even though homosexuality was de-criminalized in the former Czechoslovakia in 1962, a lot earlier that in many western European countries, discreetness was largely advised if one didn’t want to risk losing one’s job or being expelled from university. As a result, Libuše Jarcovjáková had to be extremely cautious in approaching the subjects of her photographs: 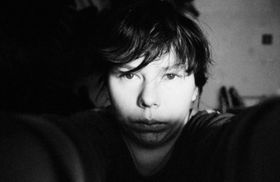 Libuše Jarcovjáková, photo: Libuše Jarcovjáková “That's also one of the reasons why I always used a flashlight: I wanted to be seen. I was not ready, especially for moral reasons, to make a documentary about every-day life in the club. What I documented was this sort of open part of the club.

“There were always opportunities to celebrate something. People would wear special outfits and there were costume contests for trans-people. Every time something like this happened, I was there to take photos. So that’s how it started.”

Libuše Jarcovjáková documented the atmosphere in the legendary T-club for two years. She never published any of her photos and only gave them to the people she photographed. Her mission came to an abrupt end on one night in December, 1985.

“One day, I was asked by the criminal police to show them photos from the previous evening in the club. They probably had good reasons: a person who met someone else at the T-Club had been murdered. 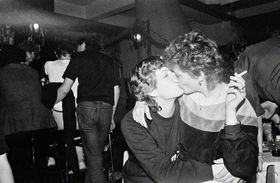 T-Club, photo: Libuše Jarcovjáková “So it was part of the investigation, it seemed very logical, very legal, but I had a big moral problem with it. I didn’t want to show my negatives to the police.

“Luckily I had two overexposed negatives from that night, and it was difficult to discern anything, so this is what I gave them. Although I was comfortable with it, I never took a single photo there again, because I realised how sensitive it could be.”

Soon after that, Jarcovjáková moved to West Berlin and only returned to Czechoslovakia after the fall of Communism. Her pictures from the T-club were published for the first time only in 2008. They are currently on display at the Langhans Café in Vodičkova street, just a few steps away from the former gay club.