Pupils at primary and secondary schools around the country will receive a new comic book soon; it’s called My World and it’s all about a Chechen refugee struggling to adjust to his new life in the Czech Republic, including dealing with prejudice and hostility. Magda Faltová, director of the Prague-based NGO the Association for Integration and Migration which produced the comic book, told us more. 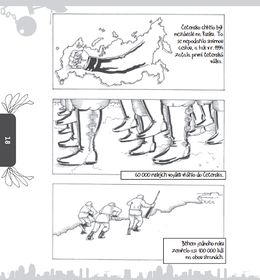 'My World' comics “This comic book was created within a project supported by EuropeAid - by the European Commission, and by the Czech Foreign Ministry, and the purpose of the project is raising awareness of migration and development issues among young people in the Czech Republic, Italy and Hungary.”

Czech society is often described as rather closed and sometimes even xenophobic. Presumably Czech schoolchildren don’t know much about what it’s like to be a refugee in this country.

“Yes, definitely. The knowledge and access to information in a way that’s understandable to young people is quite limited. What they see in the news is usually the picture of a foreigner related to some crime or some other problems. Definitely in connection with the economic crisis, people are losing their jobs, foreigners are the first to lose their jobs, they create problems etc. So now we are trying to explain that things are not that straightforward, there are many people who had to leave their countries of origin and are trying to succeed in their new homes, in their new societies. We are trying to explain how difficult it is and what it means for these people, and do it in a way that young people can understand.”

The Czech version of the comic features the story of a young Chechen refugee living in the Czech Republic. Can you tell me more about that character? 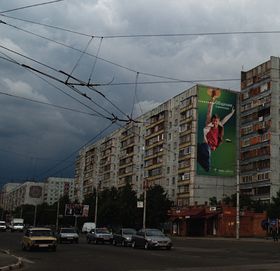 Chechnya “When we were searching for the story, we were trying to identify a typical story of an asylum seeker coming to the Czech Republic, and definitely people from Chechnya were and are still are refugees who come to the Czech Republic and apply for international protection. The whole country was very much influenced by the conflict in the Caucuses, and we try to show young people the story that we believe is typical, to show the suffering and problems people in Chechnya are facing.”

Is the character a fictional character, or is it based on a real person?

“Well, it is based on real people, but loosely, so there might be two stories combined together or simplified. But it’s based on a real character.”