For over four decades, Czechs have at this time of year – once covertly but now openly – marked the death of Jan Palach, who on January 16 1969 set himself on fire in protest at society’s resignation in the face of the Soviet occupation that began five months earlier. This year one of the events commemorating Palach’s act of self-sacrifice has been the launch of a new website containing a wealth of material on the student’s life, death and much more. 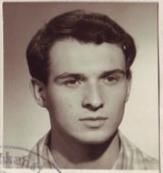 Jan Palach The image that awaits visitors to www.janpalach.cz is a page from the type of small credit book that every Czech third-level student carries; it bears a passport-sized photo of Palach, a serious-looking, dark-haired young man, and the official stamp of Charles University’s Arts Faculty, where he read history and political economy.

The site, which comes in five language versions, is largely the work of contemporary students of Charles University. Among them is Michal Ježek.

“The website is the culmination of work done by people before us in the form of an anthology and an exhibition. It’s multimedia, so it allows for the presenting of other types of material that we couldn’t put in a book, such as videos and audio recordings. The aim was to create the most thorough source of the most important information; it enables us to understand Palach’s story – including in the context of the period.”

The video on the site includes period news broadcasts and the chilling 1969 film Ticho (Silence), which captures the gigantic turnout at Palach’s funeral and shows him – horrifically burned – in his hospital bed in the few days before he died on January 19 that year. 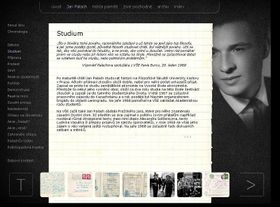 www.janpalach.cz Among the audio material is a documentary called My Brother Jan featuring an interview with the student’s brother, Jiří. In this brief excerpt he discusses seeing his sibling in hospital.

“We visited him. They let us in. They wouldn’t let my wife in – just mother and I. We went up to Jan and my mother said, Jan, what have you done? What have you done? There were nurses there too, and they started crying.”

The website also contains a list of places with plaques and other tributes to Jan Palach, including Mělník, where he went to grammar school, and the square on which the Arts Faculty is located, today called Náměstí Jana Palacha. It also mentions spots in London and Rome.

In addition, the site has names of some other “living torches”, people who have burned themselves to death as a form of political protest, in this country and in other parts of the globe.

Self-immolation is an act that some find hard to comprehend. While for many Czechs Jan Palach is a national hero, a martyr and the embodiment of courage, for others his action was that of a naïve young man. 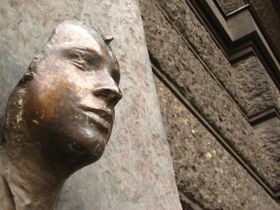 Photo: Kristýna Maková Student Michal Ježek, who was born in 1989, ranks among his admirers.

“His action can be seen as a very brave attempt to enter the social sphere and to – in a very concrete manner – draw attention to the key values that society had lost. Freedom of speech and freedom of thought are important for all societies, and they’re very topical even today. For me what’s interesting about him is his courage to draw attention to what’s important, here and now.”