Throughout June, the Czech capital Prague is playing host to the ninth annual Nine Gates festival of Czech-German-Jewish culture. Nine Gates is a combination of music, theatre and literature of the period before the Second World War, when Prague was a multiethnic, multicultural city, most of whose inhabitants were comfortable speaking both Czech and German.

Each year the Nine Gates festival of Czech-German-Jewish culture aims to recreate the lost world of pre-war Prague, a multicultural melting pot that was shattered in the inferno of war, the Holocaust and the post-war expulsion of the ethnic German community.

Prague in the inter-war period produced an influential group of German-speaking Jewish writers called the Prague Circle. Their members included Max Brod, Franz Werfel, Egon Erwin Kisch and of course Franz Kafka. In fact it was a stage adaptation of one Kafka's most famous books - The Trial - that kicked off the festival's theatrical part at Prague's Comedy Theatre.

After the final curtain call on what was a triumphant performance, I sat down in the back row for a chat with with Pavel Chalupa, director of the Nine Gates festival. He explained to me what the festival is all about.

“Thanks to this festival we’re able to return to a tradition that existed here before the Second World War. That phenomenon of Kafka, Brod, Egon Erwin Kisch - even Lenka Reinerova, the Czech Jewish writer who’s still writing today in German – what our festival tries to do is reawaken a tradition that was once here.”

The name Nine Gates comes from the title of an esoteric book of Hassidic legends by Jiri Langer, younger brother of the Czech writer Frantisek Langer. Many of these names - with the exception of Franz Kafka, who has been elevated to a sort of cult fame that no doubt would have terrified him - are slowly disappearing from the Czech public consciousness, the pre-war world of Prague's Czech-German-Jewish culture being long gone. But Pavel Chalupa says the tradition is being kept alive.

"That tradition is still being passed on, that you can still find traces of it in new generations. I’ll give you an example. Lots of the groups that perform at the festival aren’t even Jewish. They’re just guys who for example liked the sound of klezmer and started playing it. And they play it so well, at the highest level. So that tradition of Czech-Jewish-German culture is passed on to people who don’t have, let’s say, direct roots in it.”

Bringing back to life the creative genius of Prague's Czech-German-Jewish intellectuals is a challenging task, but one that - judging by the interest in this year's Nine Gates festival - appears to be succeeding. 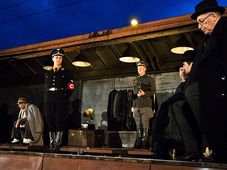 This week, Prague is hosting the seventeenth edition of the annual Nine Gates festival of Czech-German-Jewish culture. The event, which… 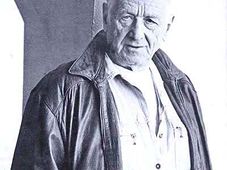 The third Nine Gates Festival that celebrates Prague's traditional mix of Czech, German and Jewish culture is to begin in the Czech…