Number of foreigners in Czech Republic rises to record levels

The number of foreigners in the Czech Republic in 2015 was the highest in the country’s history – a little under half a million according to new numbers released by the Czech Statistical Office. The number is almost double what it was in 2004 when the country joined the European Union. 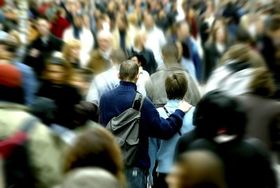 Photo: European Commission For many foreigners, the Czech Republic is the country they chose to begin again, and the latest numbers indicate more and more are hoping to gain long term residency. In 2015, the number of registered foreign nationals rose to 464,700 according to the Czech Statistical Office. Broken down, the largest group of foreign nationals in the country are Ukrainians (23 percent), followed by Slovaks (22 percent), and Vietnamese (12 percent). Eight percent come from Russia, five percent from Germany, and four percent from Poland, while the number of Bulgarians and Romanians seeking to stay and work in the country has also increased.

The draw for many foreigners is jobs with many Czech firms hiring to fill gaps at home. The shortage of qualified workers on the labour market is a problem that many companies have been grappling with, not altogether successfully, for some time, despite the fact that some 380,000 Czechs remain jobless. Many jobs on offer aren’t being snapped up, and that’s one reason the government introduced a fast-track programme aimed at increasing the influx of skilled workers from Ukraine. Labour and Social Affair Minister Michaela Marksová: 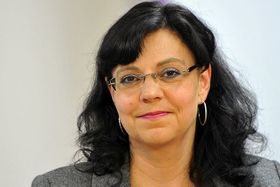 Michaela Marksová, photo: Filip Jandourek “If we look at neighbouring Germany we see that they also have a problem [filling some jobs]. I think that if we really focus on inviting people from abroad who have the proper skillset, that’s absolutely in order.”

Until now, the government programme, aimed at bringing in thousands from Ukraine, has largely stalled for logistical reasons; changes should be implemented now to speed up the process again. Czech TV spoke to a number of firms including one which had employed 18 Ukrainians but was still waiting for months for an additional 70. Meanwhile, others remain critical of such plans, arguing that foreign workers should not take so-called Czech jobs.

Communist Party deputy leader Jiří Dolejš told the broadcaster that bringing outside workers was not a good idea while Czechs were out of work, while the head of the Czech Chamber of Commerce Vladimír Dlouhý argued the opposite, that unless the country bet on foreign nationals, overall economic growth could suffer. Josef Středula, photo: Filip Jandourek Others, such as the head of the Czech-Moravian Confederation of Trades Unions, Josef Středula, told Radio Prague this week that there was nothing wrong with recruiting Ukrainians but suggested that there was another underlying problem which was that many firms were actually looking to fill jobs which were low-skilled and poorly paid. He made clear that Czech firms should not abuse the system to their own benefit.

“It’s not possible that just anyone from abroad works for rates which are below those offered for Czech workers. That's the biggest cause for this difference over Ukraine. Our experience has unfortunately been that employers are offering pay and conditions that are so low that Czechs simply would not work at such rates.”