The eyes of the world are on Beijing where the 2008 Olympic Games get underway with a grand opening ceremony on Friday night. Ten thousand sportspeople from 205 countries are taking part. Millions of people have traveled to Beijing to witness what the Chinese promise to be the grandest spectacle in Olympic history. Yet there are also many who are boycotting the games and drawing attention to the situation in Tibet and the extent of human rights violations in China. Olympic Watch, a human rights organization set up in Prague in 2001, has called on national Olympic teams to “adopt” China’s political prisoners and find some way of expressing public support for them. I spoke earlier to Petr Kutílek of Olympic Watch to find out more about the campaign: 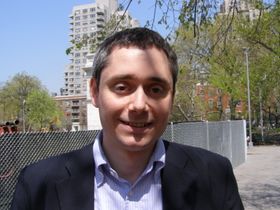 Petr Kutílek “We are suggesting that each national Olympic team should adopt one specific political prisoner or human rights activist and act in support of this individual in whatever way they consider to be best. This might include publicly dedicating their medals to this individual or asking their Chinese hosts about the whereabouts of this person or even asking to be able to visit this person in detention.”

We have heard that security is extremely tight in Beijing and that the Chinese authorities are taking a tough line with protesters – what do you think is a realistic and optimal protest under the circumstances?

“The Olympians in Beijing are in a very specific situation, I think they have more manoeuvring space than visitors from outside and the Chinese people themselves to express their views on human rights and the Olympic values of human dignity and respect for the individual. So we feel that to a certain degree the Olympians present in Beijing have an obligation to speak out publicly and privately on behalf of these cases.”

Forty of the world’s top athletes have already signed a petition in support of a free Tibet. Are you happy about this first big show of solidarity?

“We are happy for any human rights action at the Beijing Olympics because we feel that the Olympic movement has or should have a human rights dimension and so we welcome all public actions by Olympic athletes, whether it is specifically for the Tibetan issues or for Darfour, or for the Chinese people being persecuted by their government.”

What kind of result would you be happy with – what are your expectations? 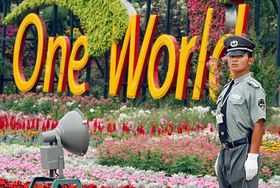 An official is seen in Tiananmen Square Thursday, Aug. 7, 2008, in Beijing, photo: CTK “Well, the aim of this campaign really is to highlight these cases – both in China and internationally – and so we will welcome any result that contributes to this goal. At this point I cannot estimate how many teams will decide to adopt how many cases or in what way they will express their support. But we certainly hope that the Olympics will become a source for the Chinese people to actually get their human rights as guaranteed by international legal standards and the Chinese constitution and not just a big propaganda spectacle for the Chinese government.”

And how would you comment on what we have seen so far, on how the Chinese authorities have reacted to various forms of protest?

“I would say that it shows that the Chinese government is not as sure of its rule over China as it would have the world believe. The Chinese authorities understand that they do not have a legitimacy through an electoral process and that so far they have been successful in keeping their power because of the country’s economic growth and because they have kept a very tight lid on the society. The Chinese society is becoming something like a pressure cooker at this point because of the conflicting interests and needs in the society – and one that the Chinese leadership is not able to manage all that well.” 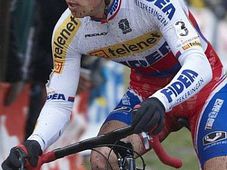 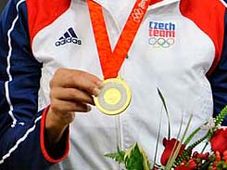 Few sports fans in the Czech Republic will forget the recent Beijing Olympics, where the country notched up six medals, three silver…