Czech Ombudswoman, Anna Šabatová, has severely criticized conditions in the country’s asylum facility for refugees in Bělá-Jezová, north of Prague. After paying a visit to the facility on Tuesday, she said children there have worse living conditions than inmates in Czech prisons and called on the interior minister to address the problem without delay. 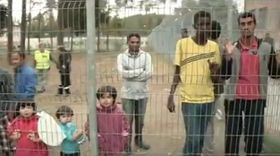 Bělá-Jezová asylum facility, photo: Czech Television According to the Ombudswoman, the living and hygiene conditions in the centre are so bad that they violate the Convention on Fundamental Human Rights and Freedoms as well as the Convention on the Rights of the Child. She said that while such conditions were understandable in refugee camps for thousands of people, they were unacceptable in a refugee facility in the centre of Europe.

This is what she said during a press conference on Tuesday:

Anna Šabatová, photo: Šárka Ševčíková “The children are traumatised by seeing their parents being transported to the facility in handcuffs and by being kept behind a four metre-high fence with barbed wire which they regard as a prison. They lack warm clothes and shoes. They are also frightened by the presence of policemen and security guards inside the facility, even during meals. What we also see as unacceptable is the evening counting of inmates, which involves waking the children up if they have already gone to sleep.”

The Ombudswoman’s criticism was not limited to children only. She also pointed out that the facility did not meet basic hygiene standards and that there were not enough translators to help the people for instance during a visit to the doctor.

“I think that the biggest trauma, despite the unsuitable living conditions, is that the people don’t know why they are in the centre, how long they will be staying there and where they stand legally. They have no one to discuss the matter with. The legal help they are offered is inadequate, although some time ago there was none at all, and we have had some signals that the detention centre is not very forthcoming in this respect.” 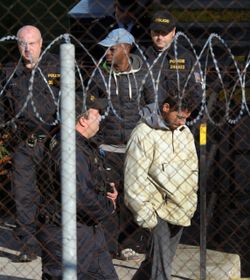 Illustrative photo: CTK Meanwhile, the head of the Refugee Facilities Administration, Miloslav Koudelný, has dismissed the criticism, arguing that the Ombudswoman probably based her rebukes solely on the statements of the detained foreigners. In an interview for Czech Radio, he also said many of the problems were caused by the centre being overcrowded at the time of the inspections:

“Mrs Šabatová knows that we accepted most of the recommendations she sent us in mid- February, we accepted many of them, for instance to enlarge the playground or to create a children’s corners in the centre. However, the facility suddenly filled up and we didn’t have time and space to implement the measures. Currently there are around 300 foreigners, the situation has stabilised, and we are now ready to implement them.”

The Zaatari refugee camp in Jordan is home to some 80,000 refugees. Even with international aid pouring in, living conditions in the… 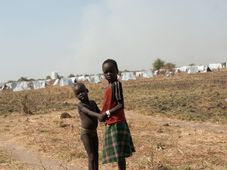 Africa Day, celebrated both on the African continent and around the world on May 25, is an opportunity to take stock of the continent’s development,…

Last year the EU launched hotspots, reception centres to register the migrants arriving in the bloc in enormous numbers. Now the Visegrad…