A new exhibition, marking the start of the school year, got underway at the National Museum in Prague on Monday. It is dedicated to the 17th century Czech philosopher and thinker Jan Ámos Komenský or Comenius, known as ‘The Teacher of Nations’, and focuses on his most famous work for children, called Orbis Pictus. 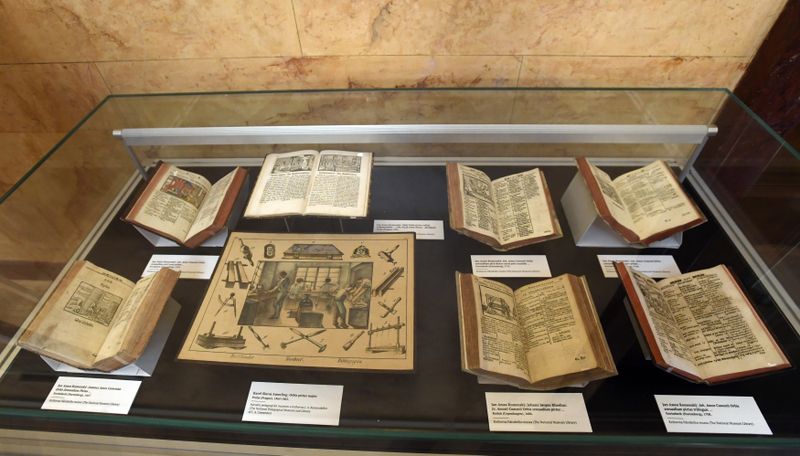 Photo: ČTK/Michal Krumphanzl Orbis Pictus or Orbis Sensualium Pictus is considered to be the world’s first widely used illustrated children’s book, a sort of predecessor of modern visual dictionaries. It was first published in Latin and German in 1658 in Nuremberg and quickly spread to schools in Germany and other countries.

The first English edition of Orbis Pictus, called Visible World in Pictures, was published in 1659, while the Czech edition was first issued in 1685.

The book is divided into chapters featuring large copperplate prints, which are described in the accompanying text. It covers a large range of subjects, from botany and zoology to religion. Richard Šípek is the author of the exhibition dedicated to the revolutionary textbook: 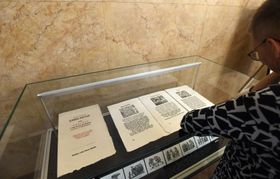 Photo: ČTK/Michal Krumphanzl “Comenius wrote Orbis Pictus in the first half of the 17th century, while working as professor in Sárospatak in Hungary. It was supposed to teach the children foreign languages in a playful way and at the same time teach them something about the world around them. We could say Comenius was a great promoter of what we call project-based learning.”

Orbis Pictus, which was still in use decades after Comenius’s death, is based on his fundamental principle of proceeding from the simple to the complicated. According to Mr Šípek, the textbook is relevant even today, more than 300 years after its first publishing.

“I think that the numbers speak for themselves. Orbis Pictus was published 259 times and was translated into 19 languages. The fact that it is still published today proves that it still has something to say even to contemporary readers.”

The exhibition, entitled Orbis Pictus / Throughout the Ages, is a joint project of the National Museum, the Pedagogical Museum and the National Comenius Pedagogical Library in Prague. It showcases not only the most valuable prints from the 17th and 18th centuries, but also its more recent editions from the 19th and 20th centuries. Richard Šípek again: 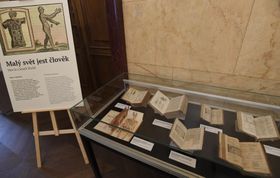 Photo: ČTK/Michal Krumphanzl “One of the most interesting exhibits is the paraphrase or an addition to Orbis Pictus, created by the famous Czech painter, graphic artist and writer Josef Váchal. There is also an edition of Orbis Pictus in Braille’s alphabet, which was published in the 1930s in Serbia.”

Also on display is a series of large didactic pictures, inspired by Comenius’s work, which were used by teachers in classrooms throughout the 19th century. Most of them were created by Karel Slavoj Amerling, a Czech teacher, writer and philosopher.

The exhibition entitled Orbis Pictus / Throughout the Ages launches a series of events marking the 350th anniversary of the death of Jan Amos Komenský, which will culminate in 2020. 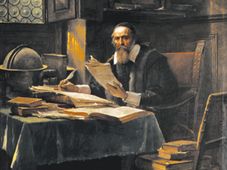 One of the Czech nation's most beloved sons, Jan Amos Comenius ( 1592-1670 is buried in Holland. This visionary religious leader, theologian, philosopher…