One of the biggest names in boxing history, Mike Tyson, was to have begun a five-day visit to the Czech capital on Tuesday. But in the end the former world heavyweight champion is not coming, after organisers had to call off the visit at the very last minute due to a lack of funds. 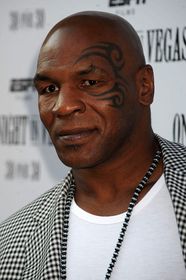 Mike Tyson, photo: CTK In his prime, no other fighter came close to Mike Tyson: from August 1987 to February 1990 the undisputed heavyweight champion of the world. The boxer – famous for his intensity and massive punch, who later served time in prison and suffered major controversy in his sport – was to have arrived in Prague on Tuesday as part of what was described as a promotional and charity tour. But it is not happening.

At a press conference on Monday evening, organisers announced they had had little choice but to call off the visit, as planned events had not generated enough sales. That left them unable to pay the former boxer a reported one million US dollars per day (part of which was to have been donated to a Prague children’s hospital). At a press conference in Prague on Monday, Swiss promoter Rey Karpf explained where things went wrong:

“We prepared a great week here with a lot of activities: we tried to sell tickets and events, sport events like training with Mike Tyson and so on. But unfortunately we were not able to sell enough tickets. Obviously they were very expensive, so we were not a position to pay up-front money that had been agreed with Mr Tyson. And for this I would like to apologise to Mr Tyson and his team... I would also like to apologise to the people and sportspeople of the Czech Republic who wanted to see him.”

The promotional debacle shows a gross miscalculation on the part of organisers, who clearly misjudged what they thought the public would be willing to pay. Training in the ring with the 44-year-old former champ was to have cost 50,000 crowns; a gala evening at Prague’s famous Žofín ballroom: 15 – 20,000 thousand; and a personal lunch or dinner with Tyson, one to three million crowns. Rey Karpf later reiterated to sources, that ticket prices for the Czech market were too high. As for the former boxer? He himself expressed regret the tour would not be going ahead: in a brief statement, he made clear he would have liked to have come to Prague.

Organisers stressed that fans who paid in advance for the cancelled tour would receive refunds. Now, they will simply have to settle for less: internet clips of Iron Mike in the ring when he was in his heyday or recent cameos in Hollywood films. As one Czech daily put it: fans of the controversial boxer were delivered a “knock-out punch”. 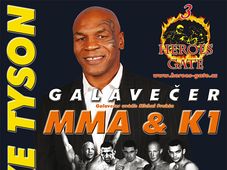 Tyson expected in Prague on Wednesday

The former US boxer Mike Tyson is after all going to come to Prague. A visit by Tyson planned for October was cancelled at the very…