The international volunteer group Food Not Bombs has been providing free food to the homeless and hungry since 1980, and now has branches throughout the Czech Republic. In recent weeks, police and inspectors in an Ostrava district have been preventing volunteers from distributing food on orders from City Hall officials. 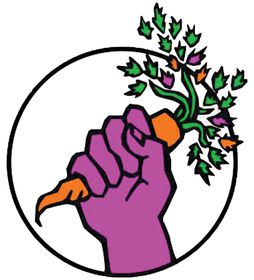 For years now, volunteers from Food Not Bombs have met every Sunday afternoon at 3pm in front of Ostrava’s Vítkovice train station to distribute healthy food to people in need.

Among the regular beneficiaries is Radim Fajkus, a homeless man interviewed as his waited to be served noodle soup and tea.

“I don’t know where they come from, these young boys and girls, but they do everything for the people.”

In recent weeks, Ostrava-Vítkovice officials have begun questioning the origin of the food – some of which is prepared by the volunteers themselves, some of which is donated or would otherwise be thrown away.

The officials have begun demanding permits of various kinds, and blocking the distribution of food by the group, which is not a registered charity but a civic initiative.

Ostrava-Vítkovice began blocking the group’s work after complaints from area residents. The officials did so in a rather ham-fisted way, leading to an outcry on social media.

“I have just learned that there will be an infringement procedure against me personally. Otherwise, the activities of all members of our collective would be legitimised. The police officers claim there is a reasonable suspicion of unauthorised occupation of public space. We disagree with this, as the circumstances are different, and have consulted a lawyer.”

Officials say they now want to meet with the volunteers and agree on how to dispense the food. But they insist that the group get permits, says Ostrava-Vítkovice district mayor Radomíra Vlčková (ANO). 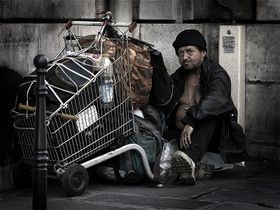 Illustrative photo: Eric Pouhier, CC BY-SA 2.5 “I think that every person has the right to eat, but there has been a violation of public space order. … I believe they are obligated at least to come to the City Hall and give notice when they will be handing out food on Sundays.”

No one from Food Not Bombs turned up for a meeting on the issue called by officials. The volunteers argue there are no regulations prohibiting the informal distribution of food to the homeless, and see the district’s action as unfounded.

Food Not Bombs operates in 16 cities in the Czech Republic. Only one branch, in the Moravian capital of Brno, has formally registered as a charity service to the needy. 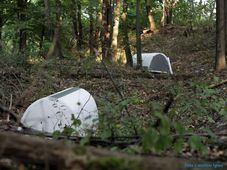