Over Head conference aims to highlight broad potential of drones

A conference exploring the uses of drones in filming and other fields kicks off in the Czech capital on Friday. Entitled Over Head Prague, the event will bring together international experts on unmanned aviation and feature accompanying events such as screenings and even a drone race. On the eve of the event, I asked organiser John Caulkins what had sparked the first such summit on drones in Prague. 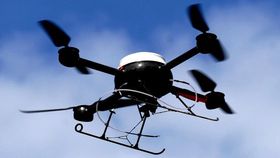 Photo: Czech Television “In my limited experience of drones or UAVs – unmanned aerial vehicles – I had come across so many misconceptions about drones. How they’re these negative war-making machines, when in fact they have so much potential for good.

“You could look at technologies like biotech or even the internet and see how things that looked like dangerous Big Brother concepts can be very positive, if we use them in the right way.”

I see one of your speakers is involved in the area of hunting poachers.

“Yes, that’s right – that’s Skycap, another application where drones can do so much more than manned patrols.

“One issue with regard to that is how long drones can stay aloft. There are many different kinds of drones, and we don’t really specify one particular kind.

“This technology is advancing so quickly and this company does a lot of industrial applications. This happens to be one of them.”

Will you be focusing on any particular usage of drones? 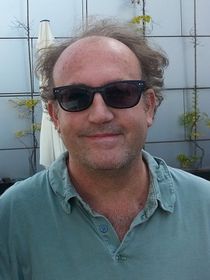 “Drones are not entirely replacing traditional tools like helicopters and cranes, or now even monopods and selfie sticks [laughs].

“My main interest is the aesthetics of filming things from above. Since the tools have become more accessible I feel like the technology is evolving faster and more people are becoming aware of this visual culture.”

As well as the conference part, what other activities are taking place?

“In the evening after the conference we’re going to have a screening of a film called Human, which is by a French photographer named Yann-Arthus Bertrand.

“He’s known for his aerial photographs and sort of defined that genre. It’s a really wonderful film and this is the Czech premiere. That’ll be at Bio Oko.

“The following day we’re going to have some drone races and things at Mystic Skate Park on Štvanice island. That’s free and open to the public. It’s all ages and will be fun for everybody.

“I should also mention that within this very small film festival, which we’re calling the Get High festival, we’re going to have a free screening at midnight of various clips from our partner Airstoc, an aerial stock footage agency. These are going to be some really special, mind-bending magic carpet ride kind of films.”

Some people will know you as the man behind MOFFOM, the Music on Film Film on Music festival that was on in Prague a few years ago but sadly came to an end. Is there any connection between MOFFOM and what you’re doing with Over Head? 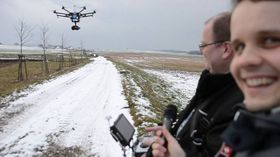 Photo: Martin Melichar “Yes. I always liked music videos. I’m sort of belong to that generation, the first generation of music video kids. There is a way you match music with visual imagery.

“Of course I like documentary film a lot, I’ve worked in film distribution and produced films.

“MOFFOM was a big undertaking. I would love to revisit that. But the way that we’re keeping that going is just one-off screenings.” 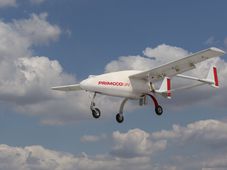 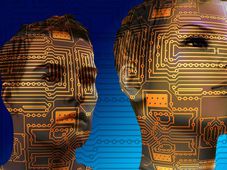