A majority of MPs in the Czech lower house of parliament have approved a new tougher version of legislation designed to rein in potential conflicts of interests among public officials. The legislation is set to have a major impact on finance minister and ANO leader Andrej Babiš, whose many business and media interests have long come under fire from opponents and anti-corruption activists. 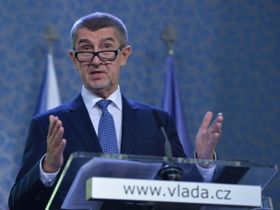 Andrej Babiš, photo: CTK The final vote was 125 for and 42 against. Unsurprisingly, MPs from Andrej Babiš’s ANO party voted as a bloc against the legislation on Tuesday. However, aside from ANO, the new rules limiting media ownership and access to grant subsidies by public officials, drew cross-party support spanning the Social Democrats, TOP 09, Communists, Civic Democrats and smaller parties.

Finance Minister Babiš, who owns the Agrofert agro-chemical empire as well as the Mafra publishing house, which prints the dailies Mladá fronta dnes and Lidové noviny, was not present in parliament for the vote. Speaking afterwards, Babiš again expressed his disdain for the so-called “Lex Babiš” legislation, and argued that his government colleagues had deceived him about how soon the legislation might go into effect:

“It is a law directly targeting me. It is a law that is unconstitutional. And, of course, they lied – Prime Minister Sobotka said the law would only apply to future government members, as did (Social Democrat MP) Jan Chvojka. But that isn’t true…I now have to talk with my lawyers to figure out what to do next.” 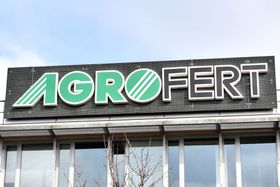 Photo: Filip Jandourek Within fifteen days of the legislation coming into effect, new rules will prevent firms owned by Andrej Babiš – so long as he works in government – from accessing grant subsidies, and also from partaking in public tenders. That is set to cost the Agrofert empire millions of crowns annually. In 2015, the firm is reported to have successfully accessed half a billion crowns in state-backed investment subsidies. New restrictions on media ownership will also force Babiš to rid himself of his media holdings before being able to serve in a future government. And as of next September, public officials will also have to record their property assets in a central register.

The bill’s advocates – both from the ruling coalition and opposition – have welcomed its approval.

Prime Minister Bohuslav Sobotka described the legislation as a victory against the “oligarchisation” of the Czech Republic. TOP 09 MP Martin Plíšek said it should prevent high-placed public officials from abusing their position: 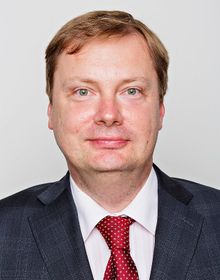 Martin Plíšek, photo: Zpelechova, CC BY 4.0 “This law could help force ministers to pay more attention to their jobs, meaning serving the Czech Republic and focusing on public service, and to pay less attention to their own private and business endeavours.”

MPs had previously passed a watered-down version of the bill back in September, but the draft legislation was then beefed up in the Senate, and it is the Senate’s tougher version which the lower house approved on Tuesday. It now goes to Prague Castle for President Zeman’s signature. The president’s office has previously stated that although Zeman does not approve of the law he will likely sign it. ANO leader Andrej Babiš has already made it clear that he will challenge the legislation in the Constitutional Court, arguing that it places unfair restrictions on citizens to conduct business.