Parliament on Wednesday voted to revoke the immunity of its deputy chairwoman, Vlasta Parkanová, who police suspect of having made a highly disadvantageous military purchase when she was defence minister in 2009. While the case has been a matter of huge debate in recent weeks, the fact that the current lower house has now given up more of its members than any other has lead to a broader discussion on whether parliamentary immunity serves any useful purpose. Vlasta Parkanová, photo: CTK The details of the case of former defence minister Vlasta Parkanová have been pored over by the press, politicians and various legal institutes and assessors for weeks now as the Chamber of Deputies prepared to decide whether to give up one of its leading members for prosecution. Prime Minister Petr Nečas had the following to say on Wednesday when the vote was made to grand the police request.

“The release of MP Parkanová was not a surprise, in my opinion, it was logical, and I considered it the only possible step, especially in a situation where not all of the steps and claims of the police are substantiated – for example blaming Ms Parkanová for a measure taken by the Defence Ministry at the end of 2009, when she obviously left her position as a minister in May, which the investigators were apparently unable to find out even after two years of investigations. At the very least that raises questions about the professionalism of the police in this case. On the other hand, the only ones qualified to make that assessment are the state prosecutors and an independent court. There was no other decision but to revoke her immunity for that reason.” 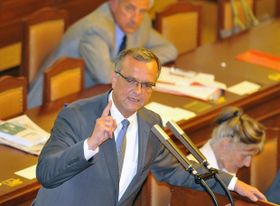 Miroslav Kalousek, photo: CTK In a parliament where five MPs have been given up for prosecution in the last two years, the institution of immunity is itself now on trial, as major charges of corruption involving top politicians from Vít Bárta to David Rath left their colleagues with little choice but to surrender them, willingly or unwillingly. Finance Minister Miroslav Kalousek, who has been uncompromising in his defence of Parkanová over the last month, may have only been making threats when he addressed the house before the vote, but called for immunity to be abolished as such.

“Since, in voting to give up Ms Parkanova today, you are effectively cancelling immunity altogether, then okay, I will accept that, and we can even cancel it legally. In the coming days I will submit a bill for the complete abolition of parliamentary felony and misdemeanour immunity .In debating that, we will at least be able to see the difference between those who no longer want immunity and those who are able to outwardly support objectively false accusations while quietly wanting immunity for themselves.”

According to the Czech constitution, no member of either house of parliament can be prosecuted without the consent of the house in which they serve. If the house refuses, then the member can never be prosecuted on the charge. As Petr Hartman of Czech Radio 6 pointed out in an opinion piece on Thursday, the institute of immunity was not established to protect parliamentarians from criminal investigation. “In part it is meant to keep them from being attacked for their votes and speeches in Parliament…. And otherwise allows them to avoid charges of misdemeanours if they feel they are being persecuted for their political engagements”, in which case their misdemeanours are dealt with by the relevant committee. Czech Parliament On the evening of the Parkanova vote, the lower house also approved a measure to limit parliamentary immunity at least to the term of office. That proposal has come and gone without success several times already, most recently being shot down by the opposition-controlled Senate. The current bill, though similar, has received bipartisan support, even that of Vlasta Parkanová. 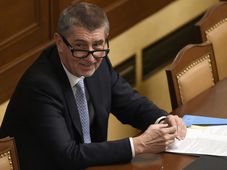 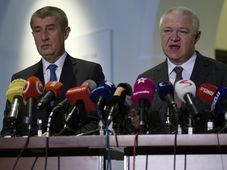 The embattled Czech prime minister, Andrej Babiš, who is seeking a vote of confidence for his minority government, has asked lawmakers… 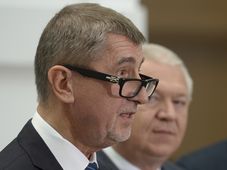