As the anniversary of the Velvet Revolution draws near, we take you to places that played a significant role in the events leading to the collapse of the Communist regime 30 years ago. In the second episode of our mini-series, we visit the former Laterna Magika theatre in central Prague, which served as the headquarters of the Civic Forum. 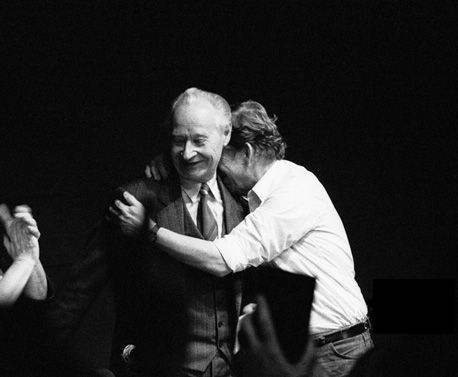 Alexander Dubček and Václav Havel, photo: Jaroslav Kučera, CC BY-SA 3.0 The Civic Forum, a loose opposition grouping led by Václav Havel, was founded just two days after the brutal police crackdown on an unarmed student demonstration on November 17. During the second week of the revolution, it moved its headquarters to the legendary Laterna Magika theatre, located between Národní třída and Wenceslas Square.

This is where all the important decisions were made and where journalists from all over the world gathered to report on the events leading to the fall of the Communist regime.

One of the key figures involved in the events leading up to the Velvet Revolution was Michal Horáček, then a 37-year-old journalist working for the weekly Mladý Svět. 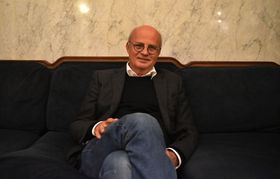 Michal Horáček, photo: Ondřej Tomšů Several months ahead of the revolution, Horáček, together with rock musician Michael Kocáb, founded the civic initiative Most or Bridge, which aimed to provide a platform for future talks between the Communist government and dissidents.

“We thought first of all, that the totalitarian power is only strong as far as it is absolute, as far as there is no division among the leaders.

“We aimed solely at the then-prime minister Ladislav Adamec. Eventually, after a rollercoaster ride of events, we found ourselves, only a day after the events of November 17, in his private flat.

“We discussed the situation and we really pressed on with the idea that the prime minister should meet with people of the so-called independent initiatives which later became the Civic Forum, founded that very same evening.”

Michal Horáček went on to work as a spokesman for the newly founded Civic Forum, which became the official voice of the protesters and a partner in the dialogue with the Communist regime. 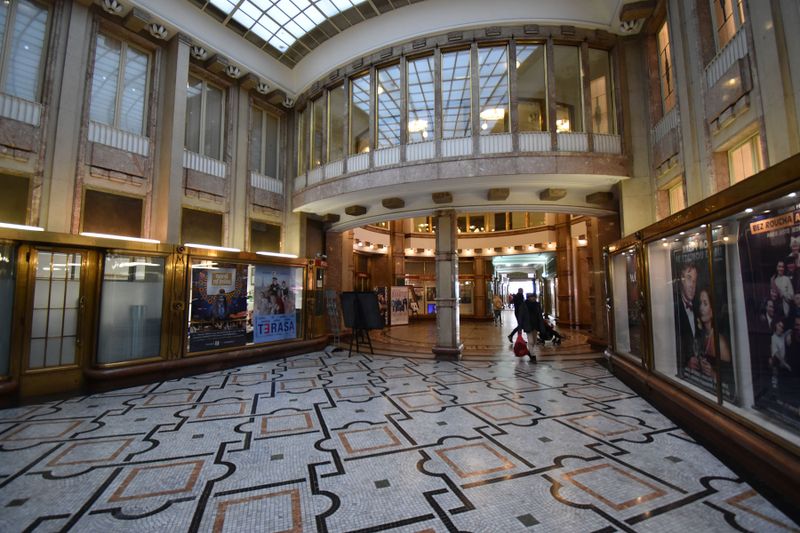 “It was wonderful. Everything was happening here. It was the heart and the mind of the Revolution. Václav Havel was here practically all the time. This is where we planned the great demonstration, the speakers and the singers.

“From here we sent young people outside Prague to explain to workers, say, in Ostrava, what was going on. Reporters from all over the world came here to Prague to cover the events. 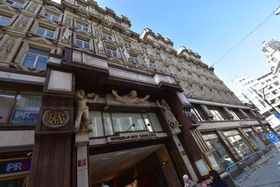 Palác Adria - former Laterna Magika, photo: Ondřej Tomšů “I will never forget these thirteen days that ended when the National Assembly cancelled the Constitutional Article giving the Communist Party the so-called leading role in our society.

“At that very moment a new road opened to all of us leading to free elections and then to making our own mistakes. It was just us, from that moment on.”

Apart from the days spent in the Civic Forum headquarters in Laterna Magika, Michal Horáček also remembers the moment he stood in front of the crowds on Letná Plain 30 years ago, introducing two officers from the riot squad who came to apologize for cracking down on the students on November 17.

“At a certain hour, I think it was very late at night, the officers of the entire riot squad came to us offering their apology for what they had done. That was really something stunning. We didn’t expect that. Of course we wanted this to happen, because there was a lot to forgive.

“I was the one, with Michael Kocáb, to introduce these officials. It was difficult because we knew people might not be prepared to give their absolution. But they came, they said what they had to say and they were reasonably well received. So that was for me the moment I remember and cherish the most when recalling the revolutionary hours and days.”