As the anniversary of the Velvet Revolution approaches, we take you to places that are closely associated with the events that led to the collapse of the communist regime in 1989. In the fifth and last episode of our mini-series, we’ll take you to Prague Castle where Czechoslovakia’s first post-communist president, Václav Havel, was sworn in, starting a new era in the country’s history. 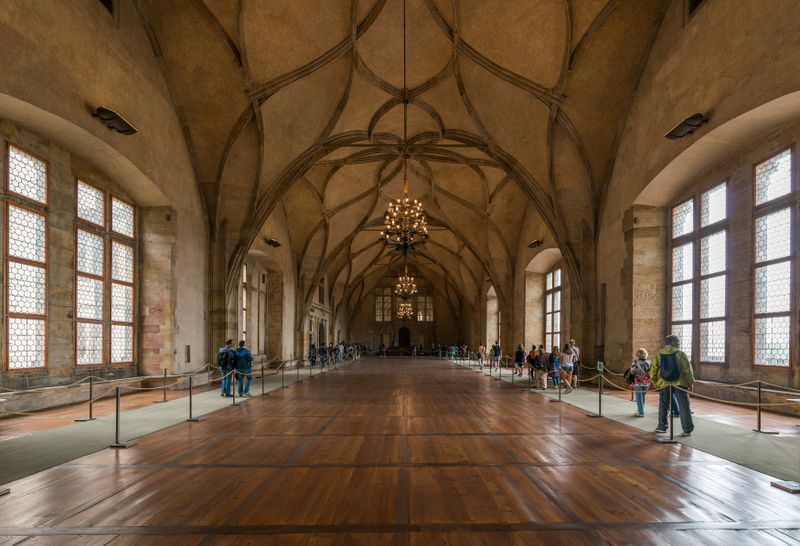 Vladislav Hall of Prague Castle, photo: DXR, Wikimedia Commons, CC BY-SA 4.0 On December 29th, 1989, the historic Vladislav Hall of Prague Castle, the seat of Czech kings and presidents, hosted a milestone event. The icon of the Velvet Revolution, the dissident playwright Václav Havel was unanimously elected president by members of the still-communist Federal Parliament. The hero of the Prague Spring reform movement Alexander Dubček announced the result of the vote.

“I hereby proclaim that Václav Havel has been elected president of the Czechoslovak Socialist Republic.” 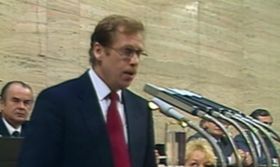 Václav Havel, photo: Czech Television Minutes later, watched by members of the Federal Parliament, foreign diplomats and invited guests, Václav Havel took his presidential oath of office, swearing allegiance to the Czechoslovak Socialist Republic and promising to work for the good of the nation.

In line with ceremony, the country’s new president, saluted a military guard of honour in the third courtyard of Prague Castle before stepping out onto the presidential balcony to address a crowd of hundreds of thousands of people eager to cheer their hero and hear his first speech as head of state.

He stepped out to a roar of approval from the crowd and chants of “Long Live the President!”. It was long minutes before the clapping subsided.

“A few minutes ago I was elected president of Czechoslovakia. I want to thank you all for your support and I promise that I will not fail you. I will lead this country to free elections.”

Václav Havel fulfilled that promise, and many more, starting a new era in the country’s history. He was to serve as head of state for three consecutive terms- first as president of Czechoslovakia and after that, twice, as head of state of the Czech Republic. He transformed not only the country, but Prague Castle, which bears the stamp of his presence to this day. 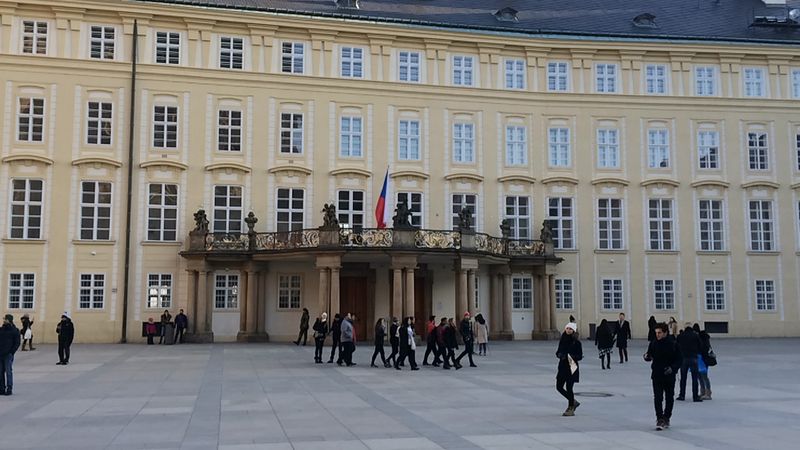