In recent years, Prague has seen a surge in the number of people offering their rooms and apartments for rent. In fact, every fifth apartment in the downtown area is now rented out via Airbnb or similar services, according to a new study. But experts say fears of city centre depopulation may be exaggerated. 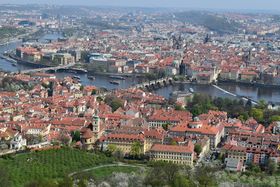 Prague, photo: Ondřej Tomšů The sharing of private homes in Prague via Airbnb and similar services has in many cases turned into a regular business.

According to analysis carried out by the Prague Institute for Planning and Development, only around 20 percent of such flats involve a paying visitor actually staying with the owner. The remaining 80 percent are entire flats rented strictly for business. What is more, around one third of shared-accommodation providers in the city own at least two or more flats. Michal Němec of Prague Institute of Planning and Development:

“In May this year, there were around 11,500 flats in Prague offered for short-term rent via Airbnb and other shared accommodation services.

“Most of the flats on offer are in the historical centre of Prague. Overall, only 1.4 percent of all flats provide accommodation to visitors. But in the central part of the city, it was around 10 percent and in the Old Town it amounted to 20 percent.”

With around 40 percent of Airbnb type properties concentrated in the city centre, apartments for long-term rent are becoming increasingly scarce in Prague, which in turn is driving rents up.

Opponents say that the surge in shared accommodation is excluding locals from the city centre and will ultimately lead to its depopulation. But according to Mr. Němec there is no evidence of this:

“We don’t think that services such as Airbnb can lead to the depopulation of the city centre. This had actually happened even before these services were introduced, and I would say Airbnb is rather a result of these changes. 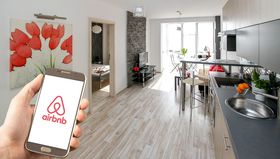 Photo: Reisefreiheit_eu / Pixabay / CC0 “When we look at the offer on Airbnb and on the real estate websites, we can see that in the city centre there are currently more flats for short-term rents than for regular renting. But in the housing estates on the outskirts of Prague or in the less attractive localities, it is the other way round.”

Accommodation providers are required to pay taxes for their earnings, but Prague councillors have long been calling for tougher regulation of shared accommodation services. The new coalition at Prague City Hall has already announced it will consider measures to tackle the problem.

“The first thing that should be done is to initiate a debate with the home-rental platforms and to get all the necessary data from them. Based on this information, the city can subsequently introduce regulatory measures, such as limiting the short-term rent to 60 or 90 days. There are all sorts of options, but an initial debate is essential.”