The Czech government crisis became a bit more confused and a bit more personal in spite of a series of meetings were held at Prague Castle with the aim of clarifying the situation. One issue left up in the air for most of Wednesday was whether the prime would actually hand in the government’s resignation. And relations between the two main parties appeared to widen with the release of tapes, purportedly of ANO leader Andrej Babiš bad mouthing his government coalition colleagues. 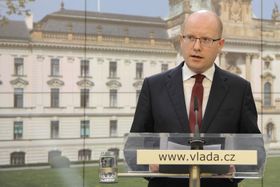 Bohuslav Sobotka, photo: CTK For most of Wednesday the question remained up in the air whether prime minister Bohuslav Sobotka would actually present the government’s resignation on Thursday. President Miloš Zeman’s spokesman initially said that the resignation would be tendered in the afternoon. But later after a late night meeting of top Social Democrat party bosses another scenario emerged with prime minister Sobotka apparently only intending to tell the head of state of his intention to offer the resignation in mid-May.

And that second half of May resignation was confirmed on the government’s website early on Thursday with ongoing talks between the coalition political parties in the meantime aimed at determining whether some form of cooperation can continue.

The timing is far from trivial. An early resignation puts the ball in the head of state’s court with the president choosing the options going forward. A delayed resignation leaves party bosses with more room to manoeuvre and the president informed on progress. To some extent president Zeman’s diary is taking him out of the equation with the head of state long pre-booked for a trip to China from May 11 to 18. He would not likely want to miss out on that trip. 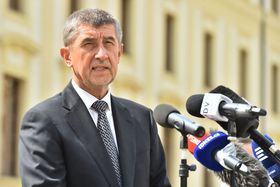 Andrej Babiš, photo: CTK All the current coalition government parties are agreed on one thing: they believe the government should continue and that early elections or a caretaker government are not the answer. How that continuation can take place with respect to the current hostile relations between Social Democrat leader Sobotka and ANO leader Andrej Babiš is the million dollar question.

It now appears that a meeting of party leaders in around a week’s time on May 10 could go a long way to resolving whether some coalition patch up is possible that can take the government and country to scheduled lower house parliamentary elections in October. This is how Christian Democrat minister Marian Jurečka on Wednesday described that meeting:

ʺAmong other things, the prime minister said that he wants next week to have negotiations between top party leaders of the former three coalition parties so that it can be determined how they might cooperate going forward. We as the Christian Democrats would like to continue the current government after a certain reshuffle without deputy prime minister Babiš and without prime minister Sobotka." 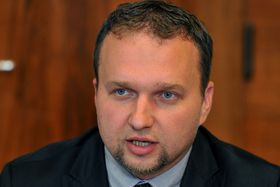 Marian Jurečka, photo: Filip Jandourek Jurečka described his junior coalition party as the cool heads in previous coalition flare ups. And that’s a role they could well find themselves having to play again, especially after the release of two recordings in which Andrej Babiš is apparently heard insulting his Social Democrat ministerial colleagues and talking rather underhand political tactics with a reporter from one of the national newspaper’s owned by Babiš’ Agrofert empire. The newspaper later admitted that one of its reporters featured on the tape.