The newly-appointed minority government of Prime Minister Andrej Babiš has approved its policy program. The prime minister will now negotiate with all parliamentary parties in view of winning their support or tolerance in a vote of confidence next month. 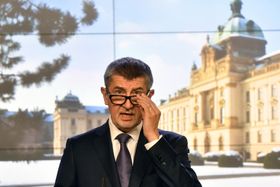 Andrej Babiš, photo: CTK Lower taxes, higher wages, an overhaul of the pension system, faster digitalization of the state sector and an active foreign policy based on the country’s membership in the EU and NATO – there’s not a lot that one can argue with in the new government’s policy program. However Prime Minister Andrej Babiš is clearly aware of the fact that his government’s chances of winning a vote of confidence in the lower house are practically non-existent.

“We will negotiate with all parliamentary parties about the policy program in order to find out whether they would be prepared to tolerate our government on the basis of these priorities, or, in return for some of their own proposals which we might further incorporate.”

However it is not the priorities of the policy program as such that the remaining parliamentary parties have a problem with. What they have strong reservations to is how this minority government emerged and the fact that the man at its head has been charged with EU subsidy fraud and the lower house is due to vote early next year on whether to strip him of his immunity and open the way for prosecution.

With the exception of the Communist Party which indicated it might be willing to support or tolerate the government under certain conditions, all other parliamentary parties have given Babiš’ government of ANO members and unaffiliated experts, the thumbs down. There is general dissatisfaction with the fact that the winning party failed to make a real effort to put together a majority government, which would have meant Andrej Babiš relinquishing his ambition to head the cabinet. 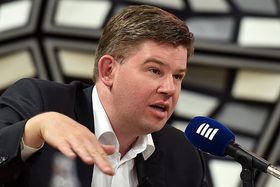 Jiří Pospíšil, photo: Filip Jandourek The new leader of the centre-right TOP 09 party, Jiří Pospíšil, claims Babiš is well aware of his position and is merely going through the motions of trying to form a government, secure in the fact that the president has promised him a second chance to try to do so and that according to the constitution the third chance will go to the chairman of the lower house, a position currently held by the winning party.

“This government does not have confidence in the lower house and has no chance of getting it. Its life span will only be a matter of weeks and this policy program is no more than a PR stunt on the part of the new prime minister.”

Opposition parties left and right of centre say that a government without a vote of confidence should refrain from making far-reaching decisions and adopt a caretaking role in office. However Andrej Babiš has made it clear he has no intention of respecting that appeal.

The deputy chair of the Mayors and Independents’ party, Jan Farský, said the new government’s first steps in office were unsettling. 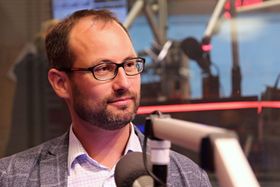 Jan Farský, photo: Luboš Vedral “I do not deny that the government’s policy program looks attractive, but I think that what matters is not words but actions and so far we have seen the new ministers sack a vast number of deputies for no good reason and re-deploy state funds to the agrarian-food production sector.”

Andrej Babiš, who has faced criticism over conflict of interest even after putting his multi-billion crown agrochemical empire into a trust fund, and whose position is made worse by the charges of EU subsidy fraud, appears determined to ride out the storm. Whether he will manage to do so depends to a great extent on the outcome of the country’s presidential elections due to be held in mid-January.