At the weekend, two Molotov cocktails (containing a liquid that is yet to be identified by the police) were thrown into the doorway of a block of flats inhabited by Romany families in the north Moravian town of Opava. The incident, which is being investigated as a threat to public safety, comes just a few weeks after a similar attack on a Romany family in Ostrava. Sarah Borufka reports.

Late on Saturday night, two bottles containing an unknown substance were thrown into the doorway of a block of flats inhabited by Romany families in Opava, north Moravia. The bottles failed to catch fire and didn’t cause any damage. The police are investigating the incident as a threat to public safety. 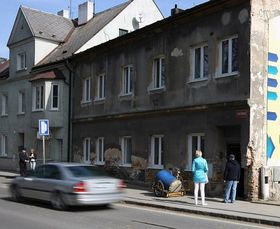 The house in Opava where the attack took place, photo: CTK A similar attack took place only three weeks ago, in the nearby city of Ostrava. Unknown perpetrators threw a Molotov cocktail into the room of a fourteen-year-old Romany girl who was woken by the noise and was able to extinguish the fire before it could spread.

Though nobody was injured in both recent cases, Czech Romanies says they feel at high risk from neo-Nazi violence. Last year, the worst arson attack on a Romany family in Vítkov shocked the country: the family’s two-year-old daughter Natálka suffered burns on eighty percent of her body. With the trial of the Vítkov attack perpetrators coming up in May, Kumar Vishwanathan, a social worker and Romany rights activist, is hoping for the court to send a clear signal. 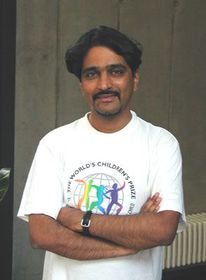 Kumar Vishwanathan “I think it’s really necessary for the courts to make it clear that such brutal attacks with Molotov cocktails are not welcome in this country, that it is a grave crime and that it will be punished very severely. We are hoping that the court will send a clear signal and will be bold enough not to downplay the significance of this attack.”

Before last year’s highly publicized attack in Vítkov, arson attacks did not receive as much attention as they do now, says Mr. Vishwanathan.

“Such arson attacks have been happening here for the past ten years. I think there is a greater sensitivity to this issue now, both from the Roma community and the Czech public and institutions and the media. So what used to hardly be reported on in the past, because nobody was really injured, now it’s being dealt with and people are giving it the necessary attention and in the past, it used to be ignored or the victims themselves didn’t even report it. It’s a serious issue, especially in the northern Moravia region.”

Earlier this year the extremist far-right Workers’ Party was banned by the Supreme Administrative Court; many people believe this at least is a step in the right direction when it comes to combating such violence. Miroslav Brož is an expert on extremism. 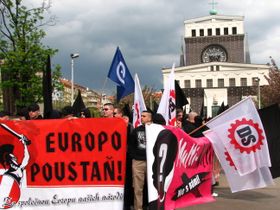 Illustrative photo “I think with the dissolution of the Workers’ Party, the Czech state has demonstrated that it is willing to fight against extremism, and I’d rather use the word neo-Nazism to be precise, and that it does not have a place in our society. And I think that the development has been that to a certain extent, neo-Nazi activities have been on the decline. If you think back to late 2008 and early 2009, neo-Nazis held marches through Czech towns every weekend.” 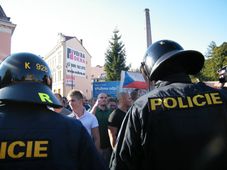 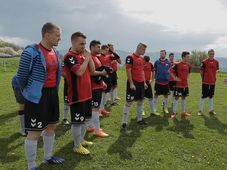