Over half a century later, the Czech police have, for the first time ever, issued charges connected with the forced collectivatisation of farms by the Communist regime in the 1950s. According to press reports on Thursday, officers recently began the prosecution of a former Communist functionary who is now in his late 70s. 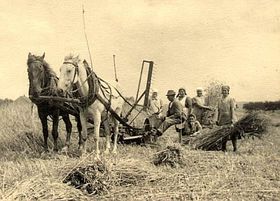 In 1945 future Communist president Klement Gottwald assured Czechoslovakia’s farmers they had would have nothing to fear if his party came to power. Rather than take farmers’ property they would increase it, he said in a speech.

The reality was extremely different, with the Communists following the Soviet model of severely repressing so-called kulaks, relatively rich farmers. The criterion for being considered wealthy in 1950s Czechoslovakia was ownership of 15 hectares of land.

More than five decades after the forced nationalisation of such property, the Czech police have begun a prosecution in connection with a concrete case for the first time ever, issuing charges against a 77-year-old man in the village of Třtice, east of Prague, the newspaper Hospodářské noviny reported on Thursday.

Pensioner Rudolf Pavlíček was only 21 when, as a National Committee functionary, he received the power to decide the fates of local farmers, including Karel Horáček, whose family’s complaint led to the current prosecution.

In 1952 Pavlíček is alleged to have put his signature to a decision stripping Horáček of his property and expelling him from the locality. A similar fate was met by thousands of families at that time. Many farmers ended up in extremely harsh labour camps. Some committed suicide.

Rudolf Pavlíček is refusing to speak to the press, though his lawyer says the matter is covered by the statue of limitations. And it is true that only deeds at variance with the law of the time can be punished today.

However, the Gottwald-led Communists issued internal guidelines in 1951 on tactics to be used against “kulaks”. First they demanded ridiculously high yields of foodstuffs. Then when these impossible demands were not met the property was seized.

These directives - implemented in the campaign to take control of Karel Horáček's property - were both illegal and unconstitutional, the director of the Office for the Documentation and Investigation of the Crimes of Communism, Pavel Bret, told Hospodářské noviny.

His office has received 350 complaints against violent “dekulakization” and is considering bringing charges against two other former Communist officials. Meanwhile, if found guilty of abuse of public office 77-year-old Rudolf Pavlíček could face up to ten years in jail. 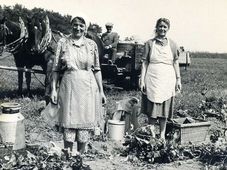 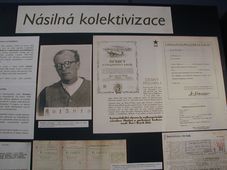 Plans to bring persecutors of wealthy farmers to justice

During the enforced nationalisation of the hard-line 1950s, one class who came in for particular persecution were the 'kulaks' or… 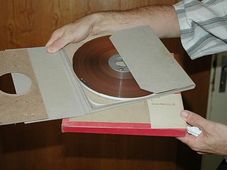