Prime Minister Andrej Babiš on Wednesday announced the details of a planned cabinet reshuffle. Trade and Industry Minister Marta Nováková will be leaving her post at the end of the month, together with Transport Minister Dan Ťok, who is leaving office at his own request following fierce criticism from opposition deputies. I asked political analyst Jiří Pehe about the timing of the reshuffle and the reasons behind it. 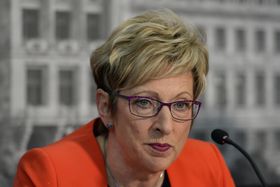 Trade and Industry Minister Marta Nováková, photo: ČTK / Kateřina Šulová “As I see it, there are two reasons: one is the need to make a change and give new energy to the ANO party ahead of the European elections and the second is that the two ministers being replaced have not had good results. Mr. Ťok has been surrounded by scandals in connection with the reconstruction of the D1 highway, while Mrs. Nováková has made some very unfortunate statements recently. And all of this is not very good for a party whose main slogan was competency and asserting that traditional politicians are no good, whereas experts handpicked by Mr. Babiš will manage things much better.”

Marta Nováková is clearly not a politician and the prime minister does tend to choose managers rather than politicians for ministerial posts. Has this practice backfired in her case?

Andrej Babiš, photo: Filip Jandourek, Czech Radio “I think the practice backfired in both cases. Mr. Ťok also cannot really be considered a politician, he came from a construction firm and he was never an important player in the ANO party. In the end I think he paid the price for getting into a conflict with the second most prominent politician in ANO after Mr. Babiš and that is Mr. Faltýnek, who is not an expert in the true sense of the word, but plays a very important political role. And in the end, when there was a conflict between the two of them, Mr. Faltýnek prevailed. As for Mrs. Nováková, she is not a politician at all and I think that some of her statements reflected that. She failed to handle some sensitive issues the way she should have and an experienced politician would probably have not made those mistakes.”

There have been quite a few changes in the Babiš administration and the prime minister’s critics say he is running out of suitable candidates for ministerial posts. Do you agree with that?

“Well, I think that for any self-respecting expert it will be very difficult to join Mr. Babiš’s cabinet in the future because, quite frankly, it is not clear what criteria he uses. If you take for example what looked like a conflict between Mr. Ťok and Mr. Faltýnek, in the end it was not Mr. Ťok, the expert that Mr. Babiš wanted to rely on, but the political player Mr. Faltýnek who prevailed. And this may happen again, that people who join Mr. Babiš’s government as experts may find out very quickly that in confrontation with the politicians that surround Mr. Babis they stand no chance and that they will be under a lot of different kinds of pressure.” 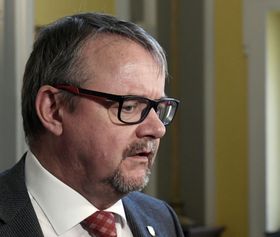 Transport Minister Dan Ťok, photo: ČTK / Michal Krumphanzl The prime minister was asked whether this was the last cabinet reshuffle and he said that might not be the case. Do you think that there are others who may have to go?

“Yes, I do. I think that Mr. Babiš sees his ministers through a prism of their public acceptance, so to speak, and when he sees that a minister is not very visible and doesn’t score points for ANO with the public he starts thinking that maybe he should replace such a minister. And I think the next candidate for a change-of-guard is Justice Minister Kněžínek, who –in contrast with his very visible predecessor Mr. Pelikán – seems rather invisible and unable to make any real impact, so I think he may be next in line.”

But why was it not done within this reshuffle, then?

“Mr. Babiš doesn’t want to look like someone who put together a government full of people who are incompetent or failed to meet his criteria. So obviously it would not be in his interest to replace half of the government in one go, because that could backfire. So he is going to make small changes –one after the other -and people have short memories, they don’t remember that in fact four or five ministers in his government have already been replaced.”