During an informal summit in Versailles on Monday the leaders of France, Germany, Italy and Spain expressed support for a multi-speed Europe which would allow some EU member states to press ahead with integration faster than others. Those in the “slow lane” would restrict themselves to participation in the single market and co-operation on foreign and security policy. I spoke to Vít Beneš from the Institute for International Relations about what a two-tier Europe would mean. 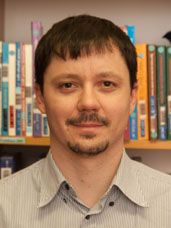 Vít Beneš, photo: archive of Institute for International Relations “Creating a multi-speed Europe is a dangerous thing, which would basically put the EU on the path towards disintegration. I quite understand the arguments raised in our region, in Central and Eastern Europe, that having a multi-speed Europe would create “second-class” membership for those who do not participate in the closer cooperation within the “core states”. On the other hand, we need to take into account that, to some extent, a multi-speed Europe is already a reality and that is a result not only of the will of the Eurozone “core” states to integrate further, but also the inability or lack of willingness of those who remain outside of the Eurozone to join it.”

What are the main dangers?

If a two-tier Europe were implemented, where would this leave the Czech Republic – in the slow lane, presumably?

“Yes, in the slow lane. And what is also important we would lose the ability to build coalitions. We would actually be locked permanently in the Visegrad Four group with partners we are not always happy with like Hungary and Poland. Because if you have a single-speed Europe it means that everyone participates in all policies which enables you to build coalitions with other countries, but if only a certain set of countries participates in policies like the monetary union then the coalitions are naturally built along this dividing line. So it would definitely limit our manoeuvring space. ” 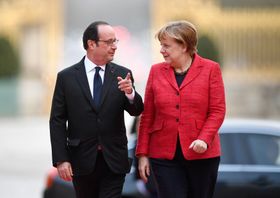 French President Francois Hollande greets German Chancellor Angela Merkel prior to their meeting at the Versailles castle, France, March 6, 2017, photo: CTK What should be the Czech reaction to this development?