The annual international music festival Colours of Ostrava, one of the biggest events of its kind in Central Europe, kicks off in the North Moravian city on Wednesday night. Among the biggest highlights of this year’s edition is the US rock band Imagine Dragons or the nine Grammy awards winner Norah Jones. 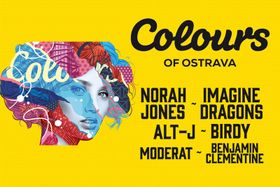 US band Imagine Dragons are among the biggest names at this year’s Colours of Ostrava music festival, which gets underway in a former mining and industrial complex in Dolní Vítkovice on Wednesday. The 16th edition of the festival is set to feature more than 130 bands. Zlata Holušová has been in charge of ‘Colours’ since it was founded:

“At the Colours of Ostrava, there is no band that would just fill in space. All of them are really unique and special. So whatever you choose, you cannot really go wrong. Whatever music scene you choose, you will get quality music and you may discover your new favourites.”

The biggest headliner on Thursday will be the US singer and songwriter Norah Jones, in what will be the first appearance of the nine-time Grammy Award winner in the Czech Republic. On Friday, the legendary Australian band Midnight Oil will take over the main stage.

Last year, Colours of Ostrava launched a new discussion forum called Melting Pot, offering a series of lectures and panel discussions. Antonín Parma is in charge of its programme: 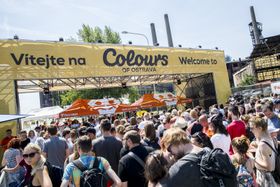 Photo: Zdenko Hanout / Colours of Ostrava “This year, we have 193 speakers from all over the world. If I should mention just some of them, it could be Mark Gungor, the popular US pastor and author of “Laugh Your Way to a Better Marriage, or Ben C. Solomon, foreign correspondent for the New York Times, who has shifted the borders of video coverage of war conflicts. There will also be a number of world-known writers, political scientists and economists. We will also offer dance performances as well as free yoga trainings for the public by world-renowned teachers from Israel and the US.”

Colours of Ostrava will culminate on Saturday night with a performance by the British band Jamiroquai. 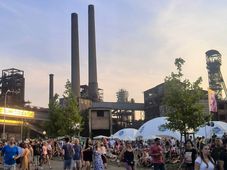 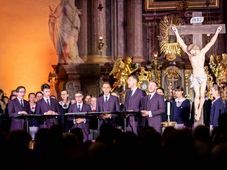