The owner and chief presenter of the country’s most controversial television channel, Jaromír Soukup, has announced the creation of his own political movement. While it is not yet clear in which elections he intends to run, the move is expected to shake up the Czech anti-establishment political scene quite a bit. 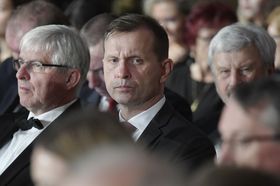 Jaromír Soukup, photo: ČTK/Ondřej Deml One would need more than just the fingers on both hands to count the number of shows Jaromír Soukup presents on TV Barrandov, the television channel of which he is also the owner and CEO. Most of his programs have a political theme and some have been investigated by the Council for Radio and Television Broadcasting in the past for imbalanced pre-election coverage.

It was while presenting one of his programs on Wednesday that Mr. Soukup came out with his latest surprise, announcing he had founded a new political movement called LIST Jaromíra Soukupa.

While the news soon echoed through the Czech media, not all were surprised. Political scientist Petr Just says that such an announcement was expected to come eventually.

“The fact that he is seen on TV so many times a week, running his own political shows and political debates, has long been drawing the attention of sociologists, political scientists and journalists, who predicted that this might be a hint of his future political ambition - that he is actually building his name and trademark. So the announcement he made was not much of a surprise.”

Less clear is what political office Mr. Soukup intends to run for. With his announcement made a few months ahead of the upcoming elections to the European Parliament in May, many speculated that this was the Czech populist media boss’ target.

It would not be the first time he attempted to do so. In the 2009 European elections he ran on the Democratic Green Party’s ticket, which received only 0.62 percent of the vote.

Now, at the helm of a television channel that has a countrywide viewer rate of around 6.3 percent, according to the December figures on the Association of TV Organizations’ website, Mr. Soukup’s chances could be better. 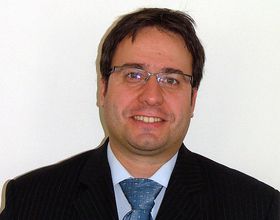 Petr Just, photo: archive of Charles University However, the leader of the new political movement has so far remained ambiguous on whether he plans to run in the election or not.

Petr Just believes that whatever Soukup’s plans are his movement is likely to shake up the political spectrum of anti-establishment parties in the country.

“The competition is tough and I do not expect that he will be gaining votes from entirely new groups of voters. He will be more like taking votes from other similarly minded parties, such as the Freedom and Direct Democracy Party of Tomio Okamura or the Party of Civic Rights, which is very close to the current president Miloš Zeman.”

Whatever happens, once Mr. Soukup appears on the candidates’ list, he will likely have to stop presenting. Otherwise he would face sanctions from the Council for Radio and Television Broadcasting. The Chinese state concern CITIC has acquired a majority stake in one of the largest Czech media houses, Médea, the news site Hlídací…

President to address to the nation on December 26

President Miloš Zeman will make his traditional Christmas address to the nation on Thursday, December 26th at 1pm CET, his spokesman…