A court has ruled that the last person who died in a communist jail in Czechoslovakia, Pavel Wonka, was being held unlawfully at the time of his death. The verdict brings to an end a case that began when the dissident and his brother tried to run for parliament as independents in the mid-1980s. 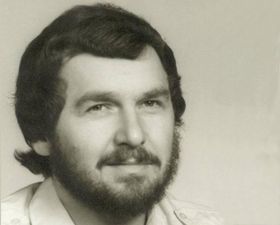 Pavel Wonka, photo: archive of Jiří Wonka Pavel Wonka died in Hradec Králové prison on April 26, 1988. He was the last person to die behind bars in four decades of Communist Party rule in Czechoslovakia.

The dissident had just appealed a five-month sentence he got for refusing to follow a court order to regularly report to the police under a system known as “protective surveillance”.

That was a condition of release after he and his brother Jiří had served an earlier jail term for attempting to exercise their right to stand as MPs in 1986.

Historian Petr Blažek is an expert on the crimes of the Communist era.

“He immediately appealed against the verdict, but it never reached court, because a few days later he died in remand prison in unclear circumstances. He was 35. He evidently died of general exhaustion and the failure of his metabolism. That was due to both hunger strikes that he had held and the appalling conditions in which he was held in jail, including apparent sexual abuse by a fellow prisoner.”

On Wednesday a court in Náchod, East Bohemia, ruled that at the time of his death Pavel Wonka was being illegally held in custody over his refusal to report to the police at regular intervals.

The new case was taken by Jiří Wonka, who has been fighting for years to achieve posthumous justice for his brother.

“This is the result of almost 30 years of dogged efforts by Jiří Wonka to achieve rehabilitation for his brother, but also for their mother, who was sentenced for helping Pavel Wonka in his dissident activities.”

Jiří Wonka told reporters on Wednesday that he had been seeking moral satisfaction alone and did not want financial compensation. 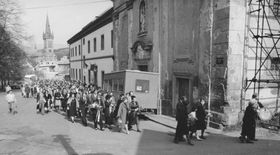 “It’s most likely the full stop to the story of his conviction in 1986 in connection with his and his brother’s candidature for parliament, which I believe was unique in the entire Soviet Bloc. I’m not aware of anybody else trying to stand as an independent with their own programme in a Communist state. The then legal provision allowing for independent candidates was just a farce – the elections weren’t free.”

Incidentally, the case concluded this week was heard at the court in Náchod despite being initially filed at the nearby Trutnov. That was because a number of judges there asked to be excused from the proceedings.

Among them was justice Marcela Horváthová. She handed Pavel Wonka the five-month term in 1988 and is still serving at the Trutnov court.