Prague’s mayor Adriana Krnáčová appears to have clung onto power for the moment after a tumultuous week or two in politics at Prague city hall. Key parties within the ruling coalition have fallen out and top members of the mayor’s own party, ANO, passed a motion of no support for her. The dramatic events have reflected pretty poorly on the ANO party nationally. 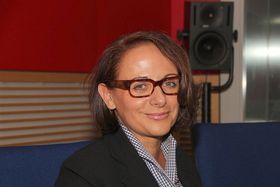 Adriana Krnáčová, photo: Prokop Havel Prague mayor Adriana Krnáčová pledged on Tuesday night to better explain her actions at city hall to fellow councillors and the public. The promise followed a marathon session with ANO leader Andrej Babiš in which Krnáčová seems for now to have shored up her post. Resignation or dismissal after less than a year in the top post appeared a real danger after a meeting of ANO’s Prague leadership passed a motion of non-support for the mayor a day earlier. Fifteen party bosses voted for the motion with only two abstaining.

Krnáčová, the first woman to be Prague mayor, had over the last fortnight been fighting a bitter battle within the three-way coalition that governs the Czech capital. Her opponent has been none other than the Green Party deputy mayor Matěj Stropnický, ironically the son of the ANO party’s minister of defence. 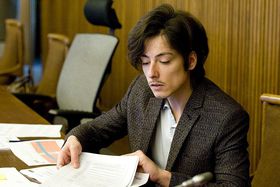 Matěj Stropnický, photo: Filip Jandourek The chosen battleground was the rather technical topic of building regulation and Stropnický’s alleged failure to get new rules in place. In a bold step, the mayor seized Stropnický’s powers but the move appears to have backfired. Support rallied for Stropnický and it was the mayor rather than the deputy who was looking over the political cliff edge. All this has probably taken some of the shine off the high flying ANO party which has seen a series of coups at town halls across the country where it was in charge.

Martin Veselý is a member of the NGO Prague Watch which keeps a close eye on developments at Prague city hall and the capital’s local councils. He says the latest series of events show how fragile the city coalition really is and he gives little chance of it continuing for long.

“The first question is if this is really a coalition because the case of the building regulations shows how unstable the coalition is. The ANO movement, which is itself unstable, expresses doubts about its own city mayor, Mrs. Krnáčová, and prepares an act with the Social Democrats without informing the third coalition party, the three-way coalition. The so-called city mayor’s version of the building regulations is produced under the table and it is a mockery, I would say, of solid political culture. Maybe it is not something that is illegal but I would say that it is something that is politically sad. I am not sure if this coalition can survive. I would say that it is quite improbable.“ 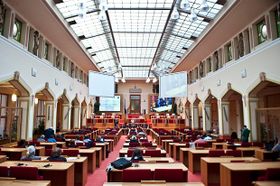 Prague City Hall, photo: Filip Jandourek Martin Veselý says the price for the coalition’s survival would probably be concessions from the three-way coalition of Greens, Christian Democrats, and the STAN groups of mayors and independents which would probably amount to political suicide. The current coalition has only a thin majority in the council chamber. 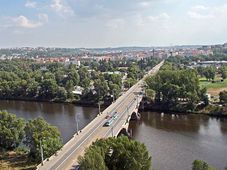 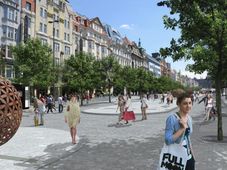 Renovation of Wenceslas Square to begin next week

The City of Prague has received the necessary construction permit for the long planned renovation of Wenceslas Square to begin. At… 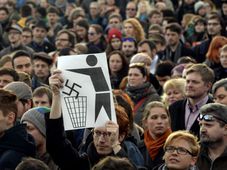