When one half of the Čapek brothers villa was put up for sale by the relatives of Karel Čapek’s wife on May, some were worried that the famous writer’s residence, where many important works were written, would be sold to a private owner and closed off to the public for good. The Prague 10 district council put the concerns to rest on Monday when it voted to purchase the villa for 44 million crowns. The owner, Karel Scheinpflug, was willing to lower the original asking price of 55 million, in order to make the residence a public space. Radio Prague spoke earlier to Jan Charvát from the Prague 10 town hall and asked about the plans for the villa. 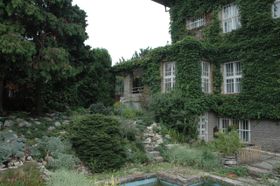 Karel Čapek’s villa, photo: CTK “The next step now is to create an expert committee, which will include experts from the Čapek brothers society, from the national archives, the Ministry of Culture and of course representatives of Prague 10. And this expert committee will decide about the future of the villa. Its premises, I think, are not really ready to receive vast amounts of visitors.

“So, our first concern will be the part of the villa which is currently inhabited by the relatives of Čapek, who will move out, and we will create a permanent exhibition, which would reflect on the history and Čapek’s achievements. And there will also be a possibility of guided tours in the most conserved part of the villa on the top floor, where Čapek’s office was and where he met with the so-called pátečnici – a group of writers and politicians, which included the first Czechoslovak president Masaryk.“ 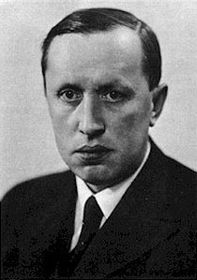 Karel Čapek Were there any concerns of criticism voiced at the Monday meeting?

“There were several voices from the public that expressed their concerns or their opinion that it should not be Prague 10 that buys the villa, but rather the state of the Ministry of Culture, but the minister of culture clearly expressed that his ministry has no funding to buy the villa this year. And of course, a major point is that if we, Prague 10, didn’t act as swiftly as we did, the villa would be long gone to some foreign investors, who were offering an even better price to the owner. So we’ve saved a unique piece of history for Prague 10 and for all Czechs.”

What is the timeline now? Is it clear when the purchase agreement will be signed and when the preparatory work for the museum will begin?

“The contract will be signed this week, hopefully, and the preparations and the meeting of the expert committee will be shortly after that, I’m sure. It’s hard to say exactly the exact term when we will open the place for the public, because it’s really up to the committee. 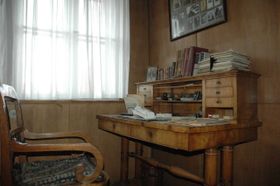 Karel Čapek’s desk, photo: CTK “The villa includes many thousands of original belongings of Mr. Čapek, starting with his correspondence, his works, photographs, other belongings, furniture that he had designed. It is a really incredible experience to be there. I had a chance to visit the villa. The part that [Karel Čapek] was occupying looks like he just popped out to buy a newspaper. So we will need to find a way to conserve the unique genius loci of the place and at the same time make it accessible to the public. It will be a hard task to achieve.” 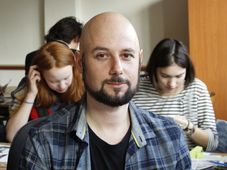 Pe’er Friedmann is currently the only active literary translator from Czech into Hebrew. It was his enthusiasm for Karel Čapek, the…