Prague gets to grips with Donald Trump presidential enigma

In the wake of his surprise election, US president elect Donald Trump has been busy putting together his White House team. And most of the diplomatic world outside the US, the Czech Republic included, has been poring over the appointments and subsequent comments for clues they could give about Trump’s future priorities and policies will be once the election rhetoric is cast off. 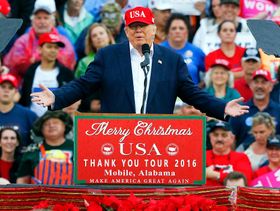 Donald Trump, photo: CTK Within less than a month now, Donald Trump will be sworn in as the 45th president of the United States. And whereas it would have been largely a business as usual scenario if his Democrat rival, Hillary Clinton, had been elected, the future intentions of the Republican winner are more of a puzzle to both Americans and the outside world. Trump made a lot of campaign promises, many of them contradictory, so some of the biggest clues about his real intentions stem from his top appointments as he prepares for government.

Two of the Czech Republic’s top foreign affairs experts, the president’s foreign policy director, Hynek Kmoníček, and the former top advisor to Minister of Foreign Affairs and recently appointed ambassador to France, Petr Drulák, took part in a conference in Prague on Wednesday night. They gave their take on the Trump victory and the course of the next presidency.

Hynek Kmoníček, who has been advanced by head of state Miloš Zeman to become the next Czech ambassador in Washington, said much of Trump’s focus will be on internal US affairs but his promises to make America great are likely nonetheless to spark a clash with China. 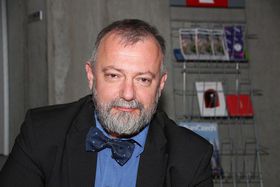 Hynek Kmoníček, photo: Prokop Havel “When Donald Trump tries to change the landscape it will in the first instance be with regard to the situation within the United States itself. But that will of course result in the fact that he will start to impinge on Chinese commercial interests. I believe that Donald Trump’s administration will be a combination of the aggressive isolationism of Andrew Jackson together with the strategy of Richard Nixon minus Kissinger.”

Jackson, the seventh president of the US, was prepared to take on European powers in a series of disputes but also forge new trade deals with them and curb their influence on the American continent. He also favoured appointing businessmen rather than those who were high placed in the emerging party system.

In foreign policy, Kmoníček said he believes that Trump could attempt to follow the Nixon-Kissinger policy in reverse. Instead of turning to China after being rebuffed by the Soviet Union, Trump could turn to the Russian Federation and Vladimir Putin in order to put pressure on Beijing.

At the same time though there is limited room to squeeze China, which is the United State’s biggest lender and underwrites most of its enormous debt. And while some struggling US industries in the famous rust belt might be protected against Chinese imports it will be difficult to stop Chinese companies buying up US assets.

Petr Drulák said Trump’s election was an expression of frustration: 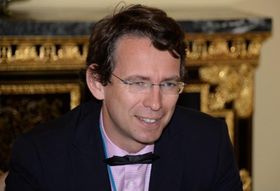 Petr Drulák, photo: archive of Czech Foreign Ministry “I never regarded the victory of Donald Trump as especially bad news or something we should mourn. The reason is that Hilary Clinton represented the continuation of an unjust system, a system that was not sustainable and which would have deepened that frustration. For me it is positive that someone is coming into the White House who will take a different view of these things. Whether this in the final analysis will be good or bad, it’s not possible to say.”

Drulák added that while Trump was not the establishment candidate in the election, you only have to look at his appointments of businessmen and generals to understand that these people are not revolutionaries. 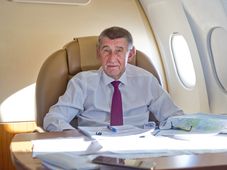