Prague City Hall has just approved a change to the city’s urban plan which includes the conversion of Prague’s oldest train station into a brand new commercial and housing zone. City officials say the project will bring new life to the shabby area on the edge of the city centre, but preservationists worry this might mean the end of Masaryk Station, a unique industrial monument dating from 1845.

The future of the oldest train station in Prague is uncertain. Known as Prague Masaryk Station since 1919, it was built in the mid 19th century to receive the first train ever to arrive in the Czech capital. Even today, the station, located between the municipalities of Prague 1 and Prague 8 just a few minutes’ walk from the city centre, serves some 15,000 passengers a day who travel to and from central and northern Bohemia. But this may soon change as the historic railway yard could be replaced with a modern housing and shopping area. Martin Langmajer is a member of Prague City Council and the head of City Hall’s urban development department.

“The city is interested in developing suburban transport as well as in connecting two parts of the city centre. We think that Prague 1 should be connected to Prague 8 through today’s railway yard; this would create a new centre in the area. I would like to point out however that it was not the City Hall that came up with this suggestion; it was the two municipalities together with Czech Railways. This issue is not a week old – it has been discussed for some eight years.”

Masaryk Station is not the only railway yard in Prague that might soon cease to exist. Another development project is underway in the Prague neighbourhood of Holešovice, where an obsolete railway junction will make way for a similar development project. But that part of the train network in the capital has not been used since the 1970s, while Masaryk Station is still an important transport hub. Petr Šťáhlavský, from Czech Railways’ press department, says that trains will keep coming to Masaryk Station for at least another decade. Masaryk Station “Czech Railways are prepared for this plan in the long term. Some parts of the Masaryk railway yard are not used for transport anymore; they are obsolete and in fact sully the capital. Czech Railways are ready to develop these areas with new projects and buildings. On the other hand, it’s impossible to abandon the current tracks that are used now by trains arriving at Masaryk Station. That’s because there is nowhere to divert them to, as the capacity of other train stations in Prague is not sufficient.”

Prague City Hall is under a lot of pressure by real estate developers to allow for the conversion of rundown parts of otherwise attractive locations. But Martin Langmajer says that city officials are aware of the historical value of the train station and that all industrial and architectural monuments, including the main station building from 1845, will not be destroyed.

“All historical buildings will definitely be preserved. The planned changes to the current layout of Masaryk Station will only involve the part of the station that is closest to the municipality of Prague 8 – Karlín.” 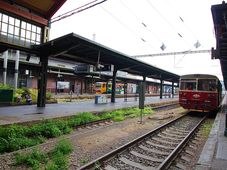 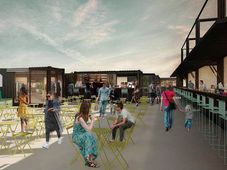 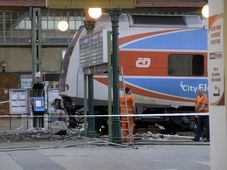 Services were interrupted at one of Prague’s biggest railway stations on Wednesday after a train failed to brake properly, derailed…