If you are visiting Prague over the summer and would like to try something different than the usual sightseeing routes, here is a tip for you. The Stefanik Observatory on Petrin Hill is holding an exhibition on Prague monuments connected to astronomy.

"There are some monuments which are, maybe surprisingly, bound to astronomy or astronomical symbolism, for example the famous Charles Bridge and its tower. The tower of Charles Bridge is constructed in a way which reflects ideas about the universe in the 13th and 14th century."

The most famous monument is probably the astronomical clock in the Old Town Square, just around the corner from Klementinum library, a former Jesuit college, which was Prague's main observatory for three centuries. The exhibition lists many other buildings in Prague connected to astronomy or, indeed, astrology. That is no wonder because over the centuries Prague has been home to many famous astronomers.

"The most famous and most significant were Tycho Brahe and Johannes Kepler. He published in Prague his first two laws of celestial mechanics. Later, the famous Christian Doppler lived here who also published his famous principle in Prague, and many other astronomers and physicists, for example, the most famous of them Albert Einstein."

Jakub Rozehnal of the Stefanik Observatory in Prague says that in the summer months, most of the visitors are foreign tourists and he says there is more to see as well as the exhibition on Astronomical Prague.

"We are open every day except Monday. During the day we observe the Sun, with the Sunspots and sometimes the Moon. During the night if the skies are clear we can see the stars, planets and galaxies. Of course, with a guide, so we can explain what you are seeing."

The exhibition will be open until the end of August, but of course, the monuments in Prague can be seen all year round. 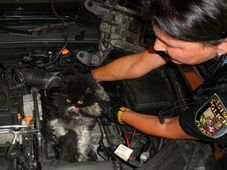 In this edition of Magazine: a Persian cat trapped in a Škoda Octavia, a fox in need of a home, long-distance swimming as therapy and… 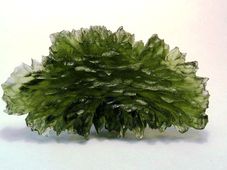 Did you know that one type of semi-precious stone is found almost exclusively in the Czech Republic? Even its name suggests that it… 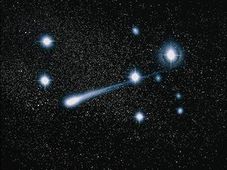 Astronomers from the Stefanik Observatory in Prague have announced that the summer "shooting star" season has begun. Although the…