The Beijing Olympics were generally regarded as one of the most spectacular in recent times, and were praised by the president of the International Olympic Committee Jacques Rogge as ‘truly exceptional’. But were they perhaps a bit too spectacular – raising the bar so high that cities with more modest bids, such as Prague, can never hope to succeed? 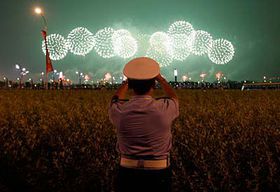 Ending Ceremony of the Beijing Olympics, photo: CTK The Beijing Olympics cost China at least 35 billion dollars, and it looked like every penny of it. Spectators and billions of TV viewers were wowed by the lavish Bird’s Nest stadium and the futuristic Cube swimming venue, not to mention possibly the most spectacular display of fireworks ever held on Planet Earth. All eyes are now on London in 2012, but it already seems clear the British won’t even bother trying to upstage the Chinese, at least in terms of scale and bombast.

But about the many other cities bidding to host future Olympic games? What about Prague, with its budget of…ahem, 5.2 billion dollars, one seventh of the cash spent on Beijing? The Czech capital wasn’t short-listed for 2016 but the bid is still on for 2020 or 2024. But whereas the Chinese built 37 new stadiums, several metro lines and a brand new airport terminal, the Czechs plan to build a new stadium, a swimming complex and a velodrome. 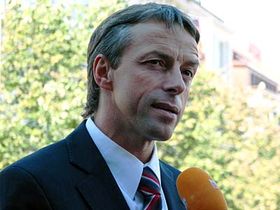 Pavel Bém, photo: Kristýna Maková So how can the Czech Republic even hope to compete? For the first time, Prague mayor Pavel Bém admitted in an interview with Mladá fronta Dnes on Monday that if the International Olympic Committee decided it was only interested in massive megalomaniac games from now on, then Prague would most likely give up the ghost.

However Mr Bém said he was confident Jacques Rogge would stick to his philosophy of allowing smaller cities to hold more modest games. The head of the Czech Olympic Committee, Milan Jirásek, echoed this view in an interview for the same paper, saying that Beijing was an exception that would not be repeated, and that no other city – not just Prague – could hope to compete with the Chinese and produce something bigger and better than Beijing. 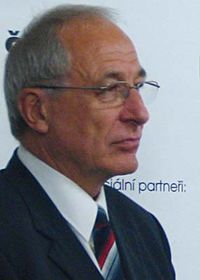 Milan Jirásek, photo: Kristýna Maková Also, as Mr Bém points out, the Czech bid is just that – a Czech Olympics, with venues and events across the country, rather than just an Olympics held in Prague. However many obstacles remain, not least the lack of political support. Mr Bém’s political rival – prime minister Mirek Topolánek – is a keen sports fan but highly sceptical of the Prague bid, saying the Czech capital – with its 1,200,000 people – is simply too small. The city of Prague has decided to drop its bid to host the 2020 summer Olympic Games. City officials said on Tuesday that under the…

An alliance of mayors, associations and prominent citizens have launched an attempt to force Prague city hall to hold a referendum… 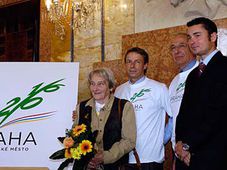 The Czech capital Prague on Tuesday launched its candidature for the 2016 Olympic Games, with a ceremony to sign its official bid.…